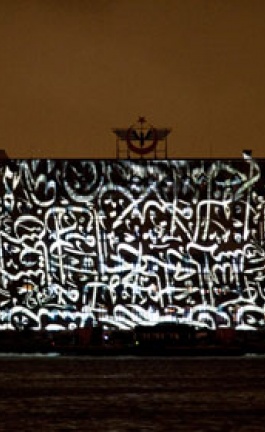 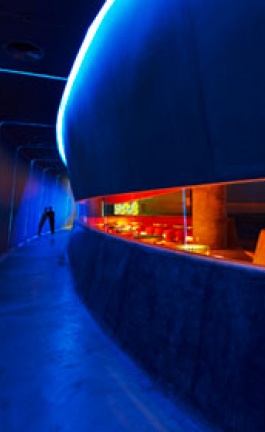 Some designers of the past century or millennium, have surely left their own mark deeply engraved in our brains.  As fanatic design lovers, we at Yatzer are very happy to live among such people, and with the first opportunity be able to present their work.  We’re very eager and happy to pay tribute in our own Yatzer way to Jens Risom whose works have been a landmark in the furniture design industry.

Today, at ninety-four years of age Danish-born American designer Jens Risom is alive and happy to have collaborated with Rocket Gallery in London, and Benchmark Furniture to re-issue his 1950s and 1960s furniture designs.  Rocket Gallery of London and Benchmark Furniture jointly secured the European rights of the 1950s and 1960s furniture designs, a total of nine pieces of the first collection are currently being exhibited at Rocket.   The exhibition opened its doors to the public just a few days ago, and is on from July 2, 2010 – September 4, 2010.  The exhibition curating has been directed by “Jonathan Stephenson of Rocket and made by Sean Sutcliffe and Terence Conran’s Benchmark Furniture company in their Dorset and Berkshire workshops, with the close involvement of Risom himself.”

The furniture pieces released for the Rocket Gallery exhibition are an easy chair, a side chair, a desk, various coffee tables, two magazine tables and Risom’s famous upholstered bench.  The various furniture pieces are available in oak and walnut versions and are upholstered in a variety of Kvadrat fabrics and Elmo leather.   Furthermore, and simultaneously, as a background to the furniture Rocket Gallery is presenting the works of Lars Wolter, Michelle Grabner, Stefan Eberstadt, and Keld Helmer-Petersen, entitled Black & White Minimalism.

Throughout the history of industrial design, Risom was one of the first designers to bring the traditional Scandinavian values of function and craftsmanship to the United States.  He was part of a new front line that helped establish post-war America’s leadership role in the world of modern furniture design and manufacturing.  Risom learned from the very best, the masters of simplicity.  His designs were functional, valuable, simple and of excellent aesthetic design.  He firmly believes that furniture design is primarily functional, yet it should also look attractive and express the designer’s ideas and taste.  Risom learned from master craftsmen such as Kaare Klint, director of The Royal Danish Academy of Fine Arts Furniture School.

About Jens Risom
Jens Risom was born in Copenhagen in 1916. From 1935 to 1938 he attended the School for Arts and Crafts in Copenhagen where he trained under the furniture maker Kaare Klint and his fellow students included Hans Wegner. In 1939, Risom emigrated from Denmark to the USA, where in 1941 he designed the first range of furniture manufactured by Hans Knoll. He established Jens Risom Design Inc in 1946 which grew to become the third largest furniture company in America.

Risom’s furniture is in the permanent collections of the Museum of Modern Art in New York, the Yale Museum of Art & Design, the Brooklyn Museum, the R.I.S.D. Museum in Providence, Rhode Island, and the Cooper-Hewitt, National Design Museum, Smithsonian Institution in New York City. In 1970 Risom was appointed as a trustee of the Rhode Island School of Design (RISD) where during their 120th Commencement Ceremonies on June 7, 2003, RISD conferred an Honorary Doctorate of Fine Arts degree on Risom, noting he was “one of the most influential furniture designers of the 20th century.

In 1996, Queen Margrethe of Denmark knighted Risom with the prestigious Danish Knight’s Cross. Risom continues to live and work in New Canaan, Connecticut.  Having designed the first chair for Knoll in 1941, Risom was honored by the company in 1997 when Knoll reissued a collection of Risom-designed side and lounge chairs, stools and tables that remain today a successful part of the Knoll Studio line.

Is furniture Functional or Decorative?
Furniture is primarily functional.  A chair has to be comfortable and support one’s body although Frank Lloyd Wright once told me that he did not agree with this because, as he said,  “God did not intend for man to be seated!”  Furniture should also look attractive and express the designer’s ideas and taste.

What does Contemporary really mean?
Contemporary means that the design is created in our time for today’s people, environments, habits and activities. Antique styles we all admire now were also once contemporary and undoubtedly were questioned when new just as ours are today.  Many of my designs from 60 years ago are now categorized as Mid-Twentieth Century, which of course makes me feel rather old!  People ask me if I think these designs will still be around in another 50 years. Well, I won’t be around then so I’m too concerned about that!

What is Good Design?
Design is Problem Solving. Good design therefore is a good solution that satisfies many requirements.  While furniture must be attractive in appearance, the detailing, materials, execution and craftsmanship that go into the overall design must also be of a very high standard, whether the product is mass-produced or made by hand.