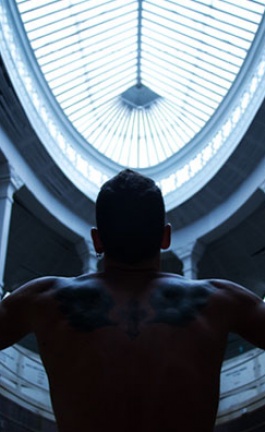 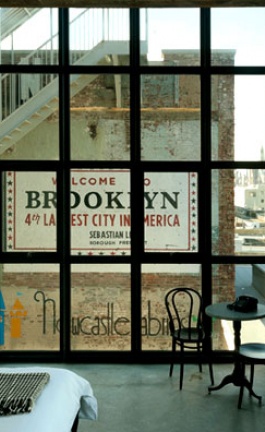 Great creation through successful inspiration is a quality that few people possess. Fulvio Bonavia has both.  An award-winning advertising and editorial photographer, Fulvio Bonavia is a true talent who has fulfilled the highest demands of the hungry eye. His work has been honored by Communication Arts, PDN, the Italian Art Directors Club, and the IPA, among others, and Luerzer’s Archive has named Fulvio one of the ‘200 Best Ad Photographers Worldwide’. With the publication of his book ‘A Matter of Taste’ he has achieved the unity of two conflicting worlds throughout time; Food & High Fashion. Both adored and wanted but at the same time forbidden.

‘A Matter of Taste’ illustrates high end fashion garments and accessories from the world’s most famous designers made from food. The beauty though does not stop there. Through the use of great  lighting, illustration, transparency and retouching, these pieces have an untouchable style of their own that project a priceless quality only seen before in exceptional pieces from a museum. Louis Kahn had once said ‘Even a brick wants to be something’. In this case its broccoli, prosciutto, artichoke leaves, a watermelon or even granberies. These are all sources that we take for granted daily and it took a true artist to make us stop and admire what we call the simple things in life. And boy, do we love the customization of these daily 'jewels'.

This book of 'jewels' was noticed by Dasha Zhukova the creator behind GARAGE magazine. From that point on, a collaboration commenced between herself, Fulvio Bonavia and Giovanna Battaglia  to create four striking images of high-fashion attire exclusively for the first issue of Garage magazine. The outcome was as exquisite and as talked about as the Taylor – Burton diamond. The attires were priceless: Lettuce by Alexander McQueen, Citrus by Prada, Anchovies by Moncler, and Walnuts by Louis Vuitton.

The styling, layout & photography of these pieces portray the essence of these designers as successfully as their brand names. The playful and elegant transparency of the Prada dress is the epitome of style. As Fulvio explains the working process, we understand once more that understated elegance costs time and money.
>> We made a mockup of the dress using a transparent mannequin and attached slices of citrus onto part of it. It was not possible to make an entire dress of the fruit slices because the citrus goes bad very quickly, so I shot a number of frames and then composed everything in post. I was able to photograph the Alexander McQueen salad dress and the Louis Vuitton walnut outfit quite straight, for example, while the Prada and Moncler concepts required a lot of postproduction work. I feel postproduction is really part of the creative process, and I like to do that work myself. During the retouching, I can easily achieve what I have in mind without any compromise.<<
Fulvio Bonavia

This talented photographer has stated that his inspiration derives both from fashion and food simultaneously and that both seduce people. It is easy to be seduced by a Moncler dress standing on its own exuberating uniqueness or an exquisitely deep simplistic dressed plate of salmon tartar. However, the real question lies in the eye of the man behind the camera. Why am I seduced by a lettuce arranged in a form of a dress? The answer is simple. Because Fulvio Bonavia has decided to seduce you.