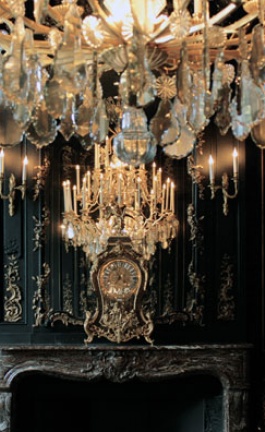 A Tour Inside the Hôtel du Marc of Veuve Clicquot in Reims, France 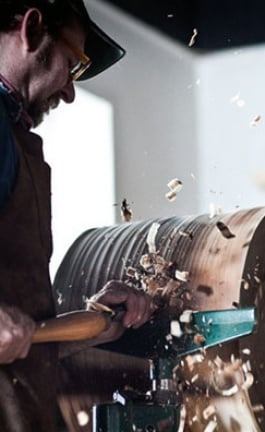 We are all too familiar with the output of our creative work on paper. Sometimes it is specified by client constraints, other times defined by us. The A_Table by the Dragos Motica Studio, Romania is a captured image of an array of paper sheet sizes, A1 to A6 in size, in a natural overlay shaping the volume of a table. A simple concept with familiarity and wit, here you see the outline of the pages shaping each size and notice the overlay creating wedge shapes. The paper gestures fold and at times do no touch each other, creating a natural gap that is then covered with glass to give it a natural look. This piece was recently chosen as the winner of the Furniture contest held by the Romanian Association of Furniture Manufacturers in September 2011.

The A_Table is made out of Glacier White Corian and glass all the way through. It was created from a single sheet, size 182 x 92 cm cut and engraved on a cnc machine. To add contrast and define the paper overlays, the engraving was then filled with black adhesive and polished. The table although simple in concept, brings plenty of interest to any room. Its graphic and bold lines make it appealing to a young designer or any creative firm. Do not be tempted by its white and blank appearance and begin using it as a process and sketch board as even a water based marker when wiped, might ghost the surface. But if we can give our own two cents, I would look into adding one more coat to allow it to be part of the brainstorming process.

About Dragos Motica:
Born in 1983 in Sibiu, Romania, Dragos graduated from the West University in Timisoara, where he studied Arts and specialized in “Product Design” in 2006. During college, he attended different manifestations and work-shops. In 2005 he was nominated at the contest IN BETWEEN organized by ARHITEXT DESIGN magazine at the architectural installation section where the project was featured in the magazine.  Between 2007 and 2010, he worked as an interior designer for the Delta Design Company where he contributed, in a collective manner, with a team of architects at the development of Interior Design Department, a service offered by the company to its clients. In 2008 and 2009, together with this team, he realized the Delta Design Company’s biggest and most modern showroom, the largest of its kind in Romania. In 2010, he collaborated with EKERO Concept for designing the NO.ONE Table and SKINS lighting objects series made of Corian. NO.ONE Table appeared on the cover of MOBILA Magazine Nr.05/2010. Mostrecently, he designed a series of  wash basins and bathroom furniture for EKERO Concept which will be destined for larger production. Visit his website for more information.