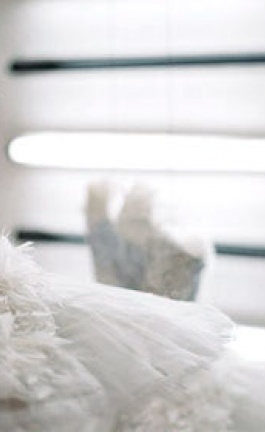 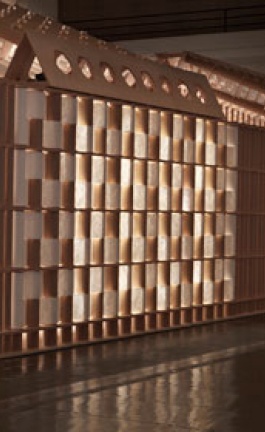 Milan Salone del Mobile 2011 is back with lots of new and exciting design trends and Yatzer is so delighted to bring to you the very latest and the best in design.  On this occasion Bisazza pays homage to Alessandro Mendini with an exhibition at the Triennale di Milano and a brand new book published by Skira.  Menidini and Bisazza have successfully collaborated for more than twenty years, what was more reasonable than to create and display feature works and installations from the Fondazione Bisazza and a prestigious loan from the Fondation Cartier in Paris?

Over the twenty-years plus of collaboration, Bisazza and Mendini have sought for a collective, creative dialogue which roots from the cultural and aesthetic affinity that has resulted in several works of art and installations. Among them, is the brand new equestrian statue “Il Cavaliere di Dürer” (The Knight of Dürer) which was on display in its world premiere!  This new work is an imposing statue of a horse and a knight, covered in blue and white gold mosaic, in which the horse and the knight seemingly blend together. And this shining skin overlying the still volumes suggests to Mendini that there could be a series of knights on horses of the same shape, but identified by different armors: “Bisazza Knights” ready for a jousting tournament”.  The 400-plus square meter exhibit was curated and designed solely by Atelier Mendini; the exhibit draws together some of the most important installations, iconic and gigantic sculptures, mostly covered with lavishly luxurious 24K yellow gold Bisazza mosaic tiles.

On the occasion of the exhibition, the book “Mosaico Mendini”, written by Stefano Casciani and published by Skira Editore, was presented. Far beyond a catalog of the exhibition, the book aims to trace all works designed by Mendini with Bisazza mosaics, including those commissioned by others, such as the Torre del Paradiso (Tower of Paradise) of Hiroshima, the Groninger Museum, or the metro lines in Naples.  The exhibition includes:  “Mobili per Uomo” (Furniture for Man), a Bisazza Limited Edition collection designed between 1997 and 2008. Composed of nine oversized sculptures decorated with hand-cut 24K yellow gold mosaic tiles, the “Mobili per Uomo” collection expresses the great versatility and artistic value of the mosaic and the artist’s creativity. The first series, designed in 1997, includes the sculptures Giacca (Jacket), Guanto (Glove), Scarpa (Shoe) and Testa (Head), inspired by the architect’s reflection that the pieces symbolically represent all the essential items in a man’s basic wardrobe. Over time the collection was further enlarged with Lampada (Lamp) and Tazza (Cup) (2002), Stella (Star) (2003), Cappello (Hat) (2004) and finally Borsa (Bag) (2008) among many others.

Furthermore, “Mosaico Mendini” by Stefano Casciani, is a retrospective on Mendini’s works made with Bisazza mosaic.  The book showcases the work of this versatile architect and artist, who has given Bisazza glass mosaic, tiles a new level of contemporary splendor and luxury.  Furthermore, the book analyzes the remarkable symbiosis between the material qualities of mosaic, a cultivated industrial strategy, and an innovative conception of design, while also briefly presenting the history of modern artistic mosaics; the work of designers and artists who have collaborated with Bisazza with Mendini’s advice; the works and projects produced by Mendini and his studio over the years; particularly important commissions in relation to the issues of architecture and the city (such as the exemplary case of the new metro system in Naples); and Mendini’s collection of works at the Fondazione Bisazza in Alte, Vicenza. The foundation is the institution where he conducts his studies and research into the expressive qualities of mosaic tiles and where visitors can observe the beauty and complexity of Mendini’s work at any time.