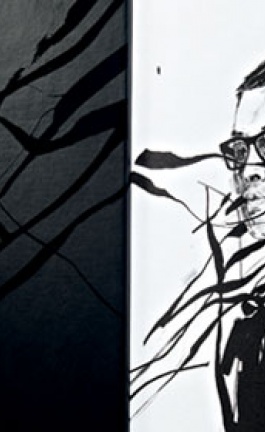 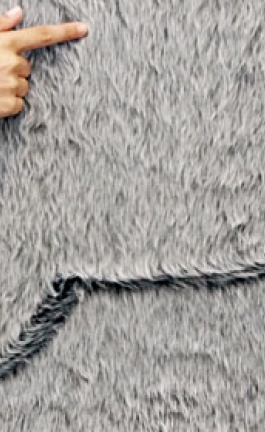 LLove is an engaging exhibition currently on display during Tokyo Designers Week 2010.  Taking it one step beyond the norm, LLove is a proper hotel (albeit a temporary one) where guests can spend the night (or a few nights) and enjoy the expertly designed rooms, handcrafted furniture, and even a café with Japanese chefs and some shops (souvenirs, books).  LLove even boasts its very own ‘Bathroom Gallery’ (YOKUJO, an art gallery in a Japanese style bathroom) and a theatre room where you can watch films.

As the creators call it, “LLove, the exhibition where you can stay for the night.” It is living breathing art, and it brings a new dimension to a design exhibit; not only is it aesthetically fulfilling, but it will also serve as a rendezvous spot for designers from all over the globe during Tokyo Designers Week 2010.  Hundreds of designers and design lovers will have passed through the LLove hotel before the week is over.

The concept originated in a celebration; 2010 marks 400 years of trade and cultural relations between Japan and the Netherlands, and LLove was built in honor of this milestone.  Directors Suzanne Oxenaar (Artistic Director of the Lloyd Hotel and Cultural Embassy in Amsterdam) and Japanese architect Jo Nagasaka of Sschemata combined their expertise in hospitality, culture, and the arts to connect designers from both lands and make it all happen.  The result is a mixture of different styles and design sensibilities under one roof –-very different styles that somehow seem to come together effortlessly.

Strategically placed on a main traffic throughway of Design Week, LLove is just near the DESIGNTIDE TOKYO main tent offering a central location to ensure everyone gets to experience the Japanese/Dutch exhibition-come-temporary hotel.
There are fourteen guest rooms in total, each possessing its own aesthetic.  Handcrafted furniture and other captivating works of art are on display throughout.  You may find a handsome wooden chair that looks like an optical illusion designed by Pieke Bergmans in one room, or a beautiful light installation created by the first female glass-blower in Japan in another.

Room 301 is called Little Big Room.  Designed by Hideyuki Nakayama, the idea was to make a replica of an existing old and broken down damaged Japanese-style room, only make it a bit larger and then squeeze the replica back into the (smaller) original room --hence the name Little Big Room.  The result?  A lived-in room with just a few “wrinkles”…

Room 302, called BURIED, was designed by Yuko Nagayama.  The room is completely white.  Upon first glance you only see wood and white pebbles everywhere.  According to the designer “this makes the space change instantly as if snow falls in a city landscape; gaps in time and material link up naturally.”  The space seems uncomfortable at first with only rough pebbles to walk on “The space does not adapt itself to you, but you adapt to it.  The space awakens a latent natural instinct that everybody appears to carry within but is normally not activated.”

Room 303 is the ROTATING BED.  Designed by Jo Nagasaka in a tribute to the Edo period of Japan in which “foreign trade with Western nations was very limited.”  It was by way of a Dutch trade factory built in 1641 that the Japanese government would study the ships and gather information about Dutch life, which in turn was their only way of obtaining information about the West.  The inspiration for the illusive room is rooted in this time period.

The Pond Room is #304 designed by Ryuji Nakamura. An original Japanese-style room with a very un-traditional material for use as a floor: elastic.  The room is split into two, one solid floor and then the elastic floor that stretches above it. The guest is meant to walk through the elastic, creating two spaces “above” and “under”.

Room 306 by Scholten & Baijins is made with one thing in mind: making babies.  Named Re-creation, the room is specifically designed for love and intimacy, “A LLove Hotel is an establishment where about half of all sex in Japan takes place, and where consequently a large part of the country’s offspring are conceived.”

Designed by Richard Hutten, Room 307 is called LLAYERS LLOVE HOTEL, TOKYO.  Divided into three parts, the bed is the centerpiece of this particular room. Functioning as a table and storage in addition to a bed where one sleeps, it is the only piece of furniture in the entire room yet in no way does the room feel empty.  Carpet tiles on the floor are meant to represent various emotions, and they succeed in bringing warmth.  Upon first entering Room 307 you notice that everything is the color of skin… the floor, ceiling, the walls… and this too, brings a sense of warmth. “On the walls of the room layers of tape complete the look. Some of these tapes were specially made for this room. On one tape you can even leave your mark during your stay, expressing your personal feelings or needs. As an extra layer, referring to the outdoor, you will find some leaves growing on strange places. The room is not suitable for business men on a business trip, but very suitable for tourists not in a hurry, people in love, and everyone who knows how to enjoy life!”

Designer Pieke Bergmans brings romance and “compassion of love” to room #308, called “in LLOVE!”  Light and optical illusion are at play in this room ”…it’s not just about the light in this room. You think you enter a regular hotel-room, but when you have a closer look, you see that the objects behave peculiar; the bed is crawling up the wall. The chair is desperately stretching out to get closer to the table. The lights are entangled and the toothbrushes are totally into one and another. But what else would you expect from a LLove hotel… everything has fallen in LLove!”

Rooms 309-314 are the culmination of the LLOVE Creative Team and architect Jo Nagasaka:  “The 6 C-type rooms consist of three sets of two neighboring rooms. The guests of these sets can enjoy an 'unrelated connection' through the subtle mechanisms in these rooms. Every set has its own theme: 'misunderstanding', 'overwriting' and 'misinterpretation'. The rooms were designed using these themes by the LLOVE Creative Team together with Jo Nagasaka. In every room works by contemporary artists belonging to galleries affiliated with New Tokyo Contemporaries (Association of second generation galleries in Tokyo) are exhibited.”

The rooms were open to the public from 29 October until November 3, 2010.
However you can make a LLOVELY reservation in any of these exclusive Rooms until 23 November 2010 !