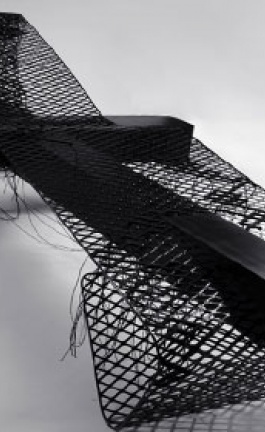 Celebrating the cross by 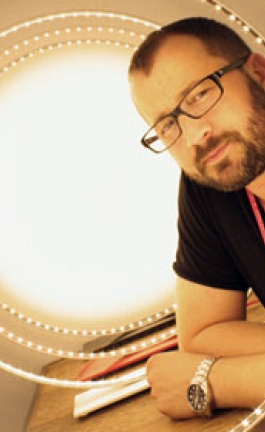 Entering Barcelona's 5 star Raval Hotel website two words appear on the screen 'Designer Hotel' and it certainly is. An avant garde renovation acting as a paradise for design addicts. The grandest names in one space Jaime Hayon, Marcel Wanders for Mooi, Vitra and the list goes on and on. For designers the Raval Hotel is what a candy shop is to a five year old.
This renovation has raised everybody's attention it has become the central gem of the city. It is located in the infamous Barrio Chino which has given the area a whole new meaning. This 35 million euro face lift project was brought to realisation by the architect Jose Maria Guillen White, of the Barceló development group. Its elliptical shape is what makes it both unique and challenging for a hotel interior. In order to make it functional the architect has raised a central core of concrete, as a backbone, and then some side pillars, so that the rest of the area remains clear. Clear for grand semicircular dining spaces, over scale lighting and seating forms that have been custom designed to flow with the architecture of the exterior shell making the interior a guided journey to collective items .
Semi circular edges and forms are carried into the interior structure of the bar which is reminiscent of something out of a Sean Connery Bond Movie. As his martini the circulation corridors to the bedrooms are shaken not stirred. The design language is carried throughout the interiors by exquisite cylindrical room signage and projecting floor lighting. One of the most dynamic features in the bedrooms is the elliptical facade iron cladding which is portrayed as a reminiscent decorative element of the 70's.

The roof terrace is a magical feature which demands relaxation and promises breathtaking panoramic views of the city.
All in all this is a stay that no guest can complain that it falls short of expectations. Should those expectations also involve design awareness then it is a mandatory visit.

LEGAL NOTES :The photographs that are published at YATZER-DESIGNISTOSHARE concerning the Barceló Raval Hotel in Barcelona are copyrighted by Jordi Miralles Photography. Mr. Jordi Miralles gives permission to YATZER-DESIGNISTOSHARE  for using  the photographs for the publication on its site Yatzer.com. It is prohibited: TO REPRODUCE the work in copies (print, lithography print, engraving, picture and any other way to reproduce), TO DIFFUSE, that is, to give circulation to the images through television, satellite, internet, press and any other kind of publication. TO DISTRIBUTE to the public by sale or other transfer of ownership, or by lending the material or its copies, TO ALTER, or rather, to modify the material, without adding YATZER-DESIGNISTOSHARE as the source and without asking Mr. Jordi Miralles