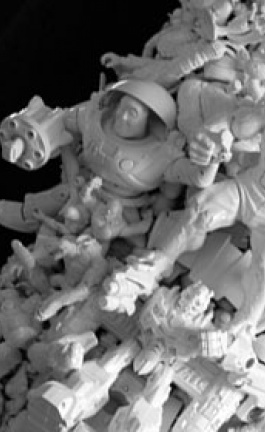 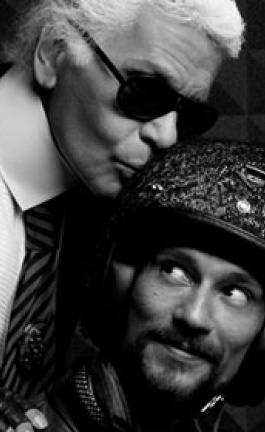 Last summer, we fell in love at first sight with Kevin Krumnikl's pure and sophisticated furniture, which you can read about here. Now he is grabbing our attention again with 'Office', a desk with strangely familiar features. Yes indeed, it is a functional cow!
Krumnikl Environment was set up in 2008 after Krumnikl finished his studies at the Academy of design in Stuttgart. He has had a professional training as a cabinet maker which manifests itself in his understanding of material and detail. The basis of his pieces is a clean and simple form which evolves from a precise idea.

For this project, Krumnikl started off by setting himself the goal to design a desk that would stand out from the others. In the process one of his early sketches reminded him of a cow and he kept working on that idea. The purpose was to keep it subtle and he just aimed at adding some key animal features with a specific function to his desk design. The head grew into a drawer and the ears will keep paperwork tidy. The chair – which neatly fits into a slot in the desk's belly – is a witty touch that reminds us of cow milking. But the craziness does not prevail. Krumnikl tackled the fun with his muted style and created a beautiful piece that puts a smile on our face.

The initial response to the look and the concept was positive and the idea grew to make more furniture based on other animals. The cow is only the start of the series, keep an eye on Krumnikl's website for further updates. Caterpillars and giraffes are coming up!