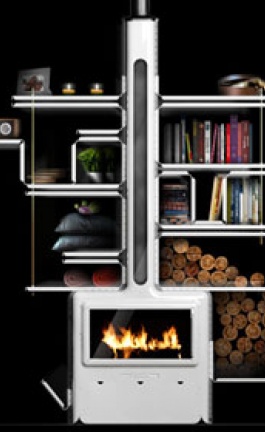 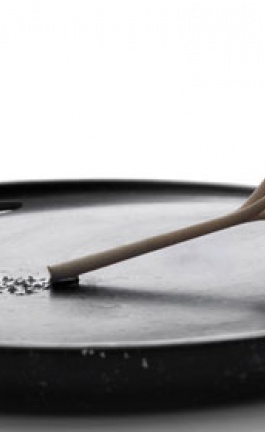 Suppose Design recently finished a family house In Obama, in the Fukui prefecture on the sea of Japan. The site, situated near the beach, posed climatic problems such as damage from the sea breeze.  The client – the director of a company opposite the house – wished to combine openness on the ground floor to allow for parking spaces for his clients with more protected first floor living spaces.

Kitchen space, bathrooms, study corners and storage are strategically placed at the perimeter of the site to form a buffer around the living areas and bedrooms to protect them from the harsh climate.  Light and air are allowed in through the insertion of courtyards with glass-framed walls between the rooms.  It opposes the notion of letting the outside world in and offers an intimate controlled environment, but one that can be very open at the same time.

The house is very spacious within the Japanese context, the built areas measure 171 square meters. This size allowed for generously sized rooflights and courtyards, to ensure a flood of natural light throughout the house.   The open character of the first floor was created by using a supporting steel structure, held up by reinforced concrete elements on the ground floor.

Suppose Design aims to create an architecture with a strong interaction between inside and outside environment to ultimately blur the boundaries between them and to create one continuous connected space. The use of identical floorboards in internal and external areas, running along the length of the house, underline this concept.  It carefully blends the need for protection and privacy with the notion of the Japanese courtyard which results in a refined contemporary living space.

Suppose Design was established by Makoto Tanijiri in 2000 and has grown into a 16 strong team with offices in Hiroshima and Tokyo. Their scope ranges from architecture, landscapes and interiors to product and furniture design.  Tanijiri approaches design with a mind of equivalence to all buildings of different scales and cost, ranging form a dog house to a skyscraper. He defines his work as a chance to realize fresh ideas about buildings and relationships of all interactive elements.

Discover the House in Obama through the pictures that follow: