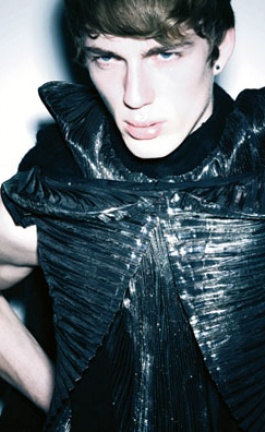 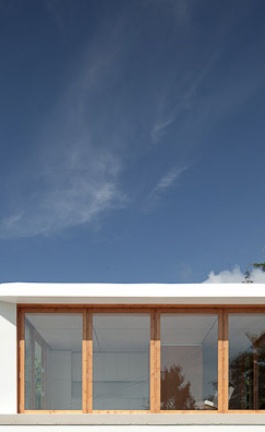 Today’s remarkable creation comes from a design team in the Netherlands called Studio Drift, composed of artists Lonneke Gordijn and Ralph Nauta who began working together on their first Flylight back in 2007.

Studio Drift developed the concept for Flylight based on the precise patterns, formations and seemingly random behavioral tendencies found in a flock of birds when they fly together. The flight patterns within the flock seem arbitrary and even playful, but as the designers researched, they learnt that that this is never the case. Each move a bird makes is deliberate and with good reason; 'the birds have to keep a safe distance from each other while staying safe from possible aggressors, this makes them fly close together to form dark spots in their formation so the attacker cannot pinpoint an individual bird.' Therefore, while pleasing to the eye, the flock formations are a natural defense with which to protect the birds from their predators. The goal of Studio Drift was to translate the behavior of a flock into light patterns and demonstrate this on large light installations. The viewer is meant to experience what it would be like to watch a flock of birds from within that flock itself.

The sheer size of a Flylight is quite impressive (each Flylight consists of a minimum of 180 glass tubes), and this successfully provides the viewer with a sense of impermanence - a type of beauty that cannot be frozen or captured. Based on the movements they wanted to recreate from a flock of birds, the design team developed a system to take 'flock behavior' and translate it into 'digital DNA' to create recognizable visualization with light. Each light tube is individually controlled, and each tube can 'see' their environment through the use of sensors; they are able to interact with one another. This information is then fed into a computer simulation that drives the 'behind the scenes' electronics of the lights. No pattern ever repeats itself. With each new pattern, the ‘birds” must choose their way within the limits of the installation (the “flock”) themselves.

Although Studio Drift started their first Flylight in the year 2007, it wasn’t until earlier this year that they felt ready to showcase their masterpiece at Salone del Mobile 2011 in Milan, their first show outside of the Netherlands, where it was enthusiastically received.

The specific Flylight showcased in this post is a piece commissioned by the architects Philosophy of Design of Moscow, Russia,  for a private residence in their city. This a larger Flylight, consisting of 200 glass tubes that evoke fluid movement and interact with anyone moving along the staircase that it floats above. It is an ever-changing centerpiece that stretches along both levels of the home in the dining space and entry hallway. The installation is impressive and alive with patterns and sequences of smart light.

Watch a Flylight in action by clicking PLAY at the video that follows.