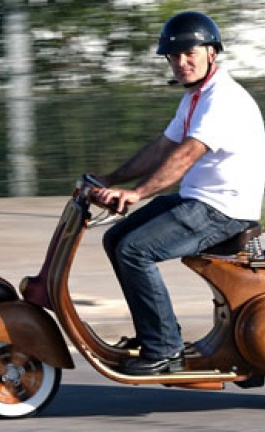 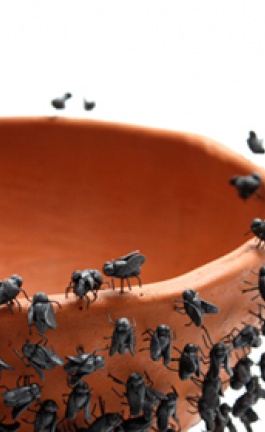 This month we did not have to try hard to find our favorite Arcademi member for our monthly A grade since we fell in love at first glance with the work of Frederik Heyman. Frederik is from Belgium, he studied photography and illustration at the Antwerp academy and he already has behind him a very interesting trajectory in fashion photography. His home made sceneries for his photos and his vivid colors and surreal references give a certain amount of carefree positivity to his work. We also love the fact that Frederik’s universe is full of little surprises; nothing in his creations is predictable.

On the contrary, we have the impression that something is always happening in his photos that escapes our capacity to understand. Frederik works in a rather complicated and time consuming way. Every photo has a long process hidden behind it since he prepares himself all of the sets. He explains to Yatzer “Building myself the set has as a consequence that images, especially the ones for my personal projects, can take a lot of time to be created. The set building can take up to two weeks for a single image. I carefully construct each little part of the puzzle. I usually start from a main graphic idea or element, and then I start imagining the mood and the story based on this element. My next step is to build a world, to create a certain atmosphere. I love the interaction of extra elements one can have. It is a challenge to make all the elements fit together: the image, the models, the styling, the set... but it is extremely interesting to find consensuses and achieve what I had in my mind in the beginning of the story.”

Frederik Heyman, as we mentioned, has both studied illustration and photography and this is quite obvious in his work. He says about the interaction between those disciplines: “I see my pictures as illustrations and vice versa. I love to go deep in the images and work on visual playful stuff, things that trick the eye. An image is for me the final cherry on the pie, a recording of a long process. In a way it is not the image the most important thing for me, it is the process behind it from scratch to final that I love.” Frederik’s work is not only about fashion. He also does some very personal stuff such as the Weather project or the Roof project.

Frederik feels that the border between his personal work and his fashion work is sometimes really small. He gives us some more details: “The rooftop project plays with idea of a rooftop and what happens underneath, is about the rooftop without walls, as a replaceable object. The only constant thing in these series is the rooftop: the surroundings change, the light changes, the atmosphere changes, actions change... Step two in this project was the idea to create a portable rooftop. I had it made according to my designs: totally collapsible and able to put in a backpack. The idea was to take it on a trip and have several shots with this foldable and replaceable rooftop.”

Frederik is currently preparing his next exhibition, called Empty Stomach, which will be held at De Brakke Grond, Amsterdam, between Oct 8 and Nov 7 2010. Empty Stomach will feature photos from both Weather and Rooftop projects as well as unseen material and it will be definitely filled at least with some big doses of creativity. Yatzer is already feeling a great appetite!