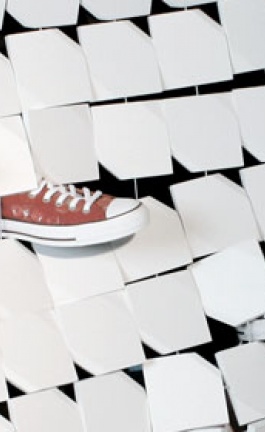 All the things I keep inside by Nynke Boelens 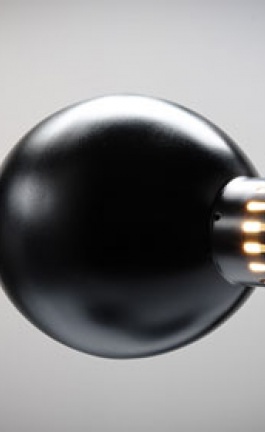 The end of the month arrives, hopefully you are going to be paid, thing that at times of crisis is a miracle, and you are always at the same situation, facing one of the worst dilemmas of all times: Are you going to spend these extra money on fashion or on design? The time has come to leave behind all of those worries. Call the yatzer hotline and mark for Fredrik Färg, the man that has combined them both in order for you to sleep better at nights!

Fredrik is questioning the boundaries between those two disciplines in order to give us furniture that caress the body in a way a coat does, exploring, as he says, how construction can be playful and how beautiful the world can seem when slightly tilted. For his Coat collection that was presented last year at Röhsska, Gothenburg, he has been inspired by classic menswear, such as suits and dinner jackets that never go out of style. He has invented a process called slow fashion and his furniture is made by plane pressed mouldable polyester that folds around a body and embrace you when sitting.

Färg's aim is to create spatial poetry that affects the viewer/user both physically and emotionally but still leave it as an open end.

armchairs from the Coat collection

armchair from the Coat collection

Färg has participated with his projects at the most important design ferias in the world, from Milan Design Week to Stockholm Furniture Fair and the Intenational Design Festival of Berlin, plus he is one of the winners of Glimåkra Designers Prize. We fell in love particularly with his prototype chair that becomes a stool in a minute, combining with a surprising touch utility and imagination. No need to say that we were also amazed by the Winterfold pattern made by Kristin Palmblad that seems like an x-ray version of a haunted forest!

Open to collaborations, he created with Kasper Medin the Bushido lounge chair. It was inspired by the samurai body armor that was bound together around the body by a repetitive textile structure. Bushido offers a sense of protection and at the same time an outlook of the room you are sitting in.

For the Imbalanced Structure  exhibition, fist shown at the Stockholm Furniture Fair 2008 in a exhibition for the Swedish Assosiation of Architects and then at Salone Satellite Milan, he flirted with the idea that even basic rules and laws of nature can become visible when challenged. A familiar object on an unexpected scale, or a steady object of unsteady material, can, hopefully, open our eyes.

Färg can’t get enough of fashion and everything that surrounds it. It comes of no surprise that he has designed various versions of magazine holders, his latest take shown at the Allstars exhibition at the International Design Festival of Berlin one month ago. It’s a bunch of skyscrapers that seem to open their arms in order to show you the magazines they prefer. Simply amazing!

One of his latest creations is called Modus:cover and he presented it at the Milan Design week of 2009. It is a cupboard covered with fashion magazines from its birthday and is thereafter stained in black and varnished so that the magazines barely show through. A secret shelf inside the cupboard hides a magazine in original. The inspiration for this piece of furniture comes in part from the magical moment when one renovating an old house finds newspapers, as old as the house, behind the wallpaper. The historical context of the building suddenly stands before you!  Yatzer must admit that is more than eager for Fredrik’s projects that are about to come and we assure you that you are going to be the first to find out.