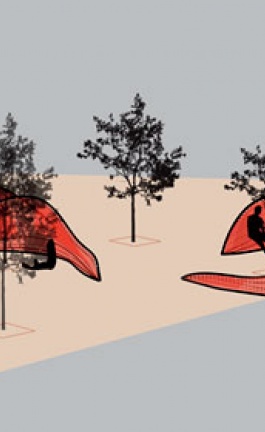 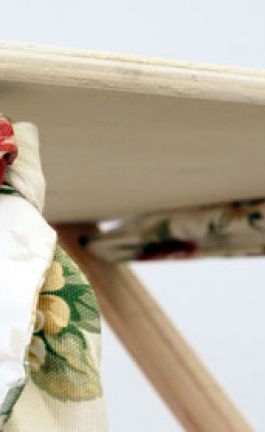 Louise Bourgeois passed away at the age of 98 this weekend in Manhattan (31 May 2010), where she was actually living, still artistically active and having completed her last pieces one week ago. Often described as "the mother of American feminist identity art”, Bourgeois's influence on young artists has been enormous. Who hasn’t admired her 30-foot-high spider, Maman, displayed from New York to Bilbao?

An art icon herself, Louise Bourgeois gained an enormous popularity in the recent years and her Mapplethorpe portrait that shows her carrying one of her latex phallic sculptures is a part of our visual culture. But it’s more than that: rarely the life of an artist reflects the hopes, the dreams and the desires of an entire society and Louise Bourgeois is one of those cases.

Why is Louise Bourgeois a contemporary symbol?

First of all Bourgeois has had a life to envy. She emigrated from Paris to New York in 1938 after she married the American art historian Robert Goldwater and still, as a woman, artist and immigrant, managed to find her way in the art scene of New York.

Second, her success (contrary to the current norm that tells you that if you haven’t found success in your thirties you’ll probably never will) came to the advanced age of 70, when New York's Museum of Modern Art presented a solo show of her career in 1982.

Third, she has had an intense art trajectory, moving from surrealism to abstract expressionism and minimalism and from painting to sculpture and installations, showing an extraordinary ability of transformation and adaptation.

But most important, her art has managed to speak to a great audience, reflecting all the love/hate dynamics of family relationships, the Oedipus problematic and the child’s endless search for love and confirmation. In many interviews, Bourgeois cited a childhood trauma as the source of much of the emotion in her work: her father's affair with a woman hired as an English tutor for young Louise. This trauma has often been an ideal source of inspiration in her long trajectory, reflecting the universal quest for happiness through the reconciliation with old traumas.

Love and violence, sexuality and feminism, the body as the ultimate witness of the passing of the time, the hatred that can be transformed into magic through imagination, the final catharsis that justifies all the actions, all form part of Bourgeois vivid vocabulary, a vocabulary that has earned her thousands of admirers. Bourgeois death is not sad news. Is the end of a fulfilled life, of an endless quest for creativity, of the never ending strangle of the man and its ghosts in the liveliest and most imaginative way. Bourgeois will always stay in our minds as an example of strength and self fulfillment and her art as an inspired celebration of life.

Yatzer strongly recommends Marion Cajori’s and Amei Wallach’s documentary on the life of Louise Bourgeois titled “The spider, the mistress and the tangerine”. For all of you visiting Athens, Greece, do not miss the exhibition of Cycladic Art Museum about Louise Bourgeois that will run until 12 of September 2010, dedicated mostly to the ‘Personages’ series (Curator: Gregor Muir, director of Hauser & Wirth, London).