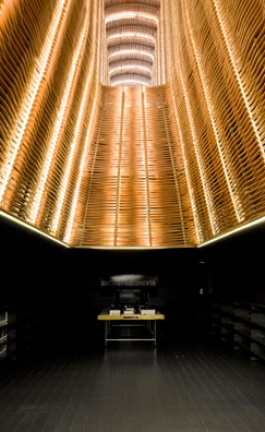 Hotel Wiesler in Graz, Austria, holds a legacy as having been and continuing to be a source of design inspiration since 1909. A striking construction that’s more than worthy of its location in the heart of this beautiful city, it embraces its prime location next to the River Mur, utilizing views of the Schlossberg and surrounding architecture. Hotel Wiesler has a magical history. This hotel’s been enjoyed by generations, gathering numerous stories and memories from bygone eras, which have recently been brought to life as a result of a spectacular facelift. Owner Florian Weltzer has breathed new life into the grand Jugendstil walls of the building which have  seen more than a lick of paint, as Florian has introduced a brave modern design concept. Believing that the new course he has charted “from 5 stars to independence” enables the hotel to embrace new ideas and keeps it feeling fresh, what makes this makeover so striking is its soul as Florian has rejected any of the stuffiness that’s traditionally found in stalwart 5 star hotels. Instead, he has boldly created a refreshingly unconventional space that’s light and airy. This hotel has a new contemporary urban philosophy and encourages relaxation, escape and a sense of freedom. The purpose of this makeover is to ensure that Hotel Wiesler, with all its history, has a long future, inspiring visitors for decades to come and it’s definitely looking like a success.

Sat gallantly amongst an array of bars and shops it reigns from the centre of the city’s creative scene. Hotel Wiesler’s offering of luxury re-interpreted overcomes the limitations that derive from superfluous splendour. The hip restaurant 'Speisesaal' attracts tourist and locals alike. It is certainly no longer a traditional dining hall as it has been transformed into a space that invites you to relax in a modern international setting. This eclectic space echoes the ethos of the hotel's overall design concept by fore-fronting a modern approach to design whilst still embracing it's luxurious past. A fresh take on interior design is achieved by mixing design statements from multiple eras with wooden roughly painted panels lining the walls, an impressive curation of mismatched retro furniture, surrounded by grand yet contemporary murals with a sumptuous chandelier overhead, providing an overall sense of glamour. But this is modern glamour where the staff is less formal than expected of a hotel of this status and guests are given the freedom to enjoy their surroundings at their leisure.

Florian Weitzer has kept his finger on the pulse in respect of staying true to Hotel Wiesler’s roots and prioritizing the sense of detail that this hotel is famous for. There’s an abundance of interesting mixes of furniture and accessories, such as the vintage theatre chairs in the hallway and clusters of vintage picture frames acting as features. Considered alongside other surprising items such as a retro barber’s chair in one of the bedrooms, it becomes apparent that Florian has created a place that’s not taking itself too seriously and is welcoming as a result. Modern materials and clean lines reign in spaces which were once opulently decorative grand rooms. The tasteful restoration of the original detailing is met with the introduction of modern materials. This is stripped back glamour with symmetrical seating areas and strong architectural features such as raised platforms and glass or asymmetric walls modestly allowing the historical surrounding to keep centre stage. Signs that look like somebody has written on the wall in delicate handwriting direct you up an elaborate marble nouveau staircase encouraging a straight-forward sense of honesty that’s so often lacking in hotels of this status. The hotel’s character seems to bloom from its ability to wear its heart on its sleeve, artfully displaying layers of its personality as contrasts. Combining modern design and a mixture of retro and vintage style, a contemporary nostalgia pervades the whole hotel.

The 21 refurbished rooms like the, rest of the hotel, are very quirky and cool but have a more personal character. Each is individually designed conjuring up excitement and adding to the hotel’s character. What they do share is an abundance of light and space as a result of the careful combination of multiple textures from marble to concrete to wood with smart partitions that utilize each of the spaces. The light neutral palette continues to make an effective back drop to quirky furniture and design features. An authentic guitar, an old record player, a typewriter, a treasure chest, a small library with works by the great unconventional thinkers of our times, a freestanding bathtub and a yoga mat make staying at Hotel Wiesler more like staying at your trendiest friend's house than an old 5 star hotel. Stark white walls reflect light, whilst edgily plastered walls add warmth and large indulgent bath tubs, elegant cornicing, and lines of windows remind you of the stars that this hotel has so rightly earned. A fun escape from hectic modern schedules, this is a hip and yet relaxed environment in which you can gather inspiration for the mind and soul. This building’s past is enchanting but what’s equally enthralling is spending time enjoying Hotel Wiesler’s surroundings in the present and the future.