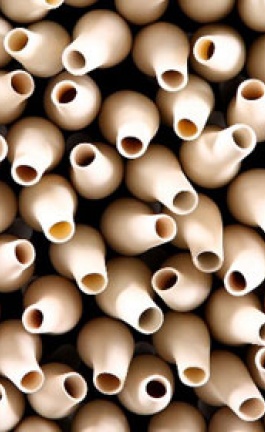 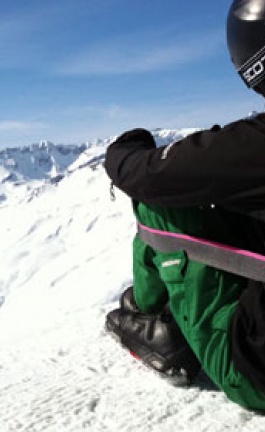 Dutch Zuiderzee Museum encourages artists and designers to present the history of the museum and its collection through their own perspective. The way each one of the artists experiences and “interprets” the history behind the collection gives a new version of Zuiderzee’s story. In the past few years, commissions have been issued to Studio Job, Maarten Baas, Atelier Van Lieshout, Hugo Kaagman, Scholten & Baijings, Christien Meindertsma, Aldo Bakker and Zoro Feigl. This year the Zuiderzee Museum invited Kiki van Eijk and Joost van Bleiswijk to present their collections in Milan.

Passionate about every detail that will lead her project to perfection she uses surprising techniques based on real craftsmanship. In the Zuiderzee Settings’ case  only traditional methods were used  by the most reputable Dutch firms in  an attempt to achieve perfection for a series of furniture, ceramics and fabrics; a workmanship that gives these objects the opportunity to best reveal their story.

Joost van Bleiswijk draws inspiration from the past and undoubtly there is a lot to say about Zuiderzee Museum and  its history.  The designer goes back in time where he explores forgotten objects and how they looked through history.  This way Joost van Bleiswijk redefines old archetypes, gives new shape to existing items, reinterprets objects through a new design. His designs can be traced back to the essence of a particular shape but he analyzes and uses this essence in order to keep the original idea and work it over from the beginning.

The Poor Man’s Gold  collections is a series of four chests  based  on the voyages of the Dutch East India Company. His creations bring memories from the trade missions sailing from Enkhuizen where Zuiderzee Museum is placed. The designer gives his own point of view of the Dutch history; it all comes down to the eternal battle between good and evil, water and land, prosperity and poverty.

Kiki van Eijk graduated in 2000 from Design Academy Eindhoven and she became famous thanks to “Kiki Carpet”.  She worked on projects for companies and institutions such as Studio Edelkoort Paris, Design Academy Eindhoven, SKITSCH, MOOOI, Ahrend, Royal Leerdam Crystal, BKKC, van Kempen & Begeer, Serax, Brainport Operations, Forbo flooring, Audax Textile Museum, Zuiderzee museum Enkhuizen etc. She has been also working on her own collection which is presented in various galleries and museums worldwide.

Joost van Bleiswijk graduated in 2001 from Design Academy Eindhoven.  He has worked and exhibited for many companies such as Ahrend, Bruut furniture, city of Eindhoven, Design connection, Lebesque etc. He has got a lot of reviews for his “outlines” series and currently he is working on his own collection in which “no glue no screw” has become a major part since 4 years.

The Zuiderzee Museum in Enkhuizen is known as a museum park with traditional buildings where permanent and temporary exhibitions are hosted. The museum related to the present and the future of IJsselmeer, the former Zuiderzee, has managed to attract public interest and international reputation thanks to its activities in which communities, crafts and water are the centre of attention.