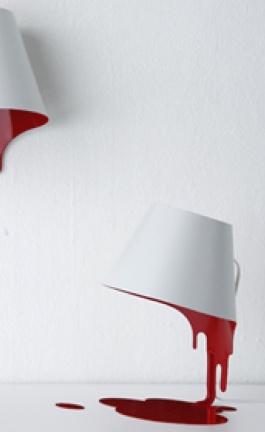 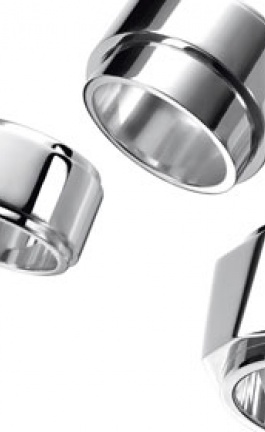 German sculptor Annette Streyl uses knitting to transform hard, edgy, rectangular architecture into soft, formless, unpredictable work of art. One of her first knitted buildings was the Kunsthalle art gallery in Hamburg in 1999. The building was part of her final exam at HfbK art school in Hamburg. Streyl has knitted many well known buildings in Germany including Berlin’s TV tower, the Reichstag, the Deutsche Bank headquarters in Frankfurt, the old communist Palace of the Republic in Berlin and even multinational corporations like McDonald’s and IKEA. In a TV interview with Deutsche Welle, Streyl she describes the uniqueness of her works: "What makes my art special is the fact that people assume wool is a simple material. But only when you create something round. As soon as you make wool angular, which most architecture is, it gets amazing complicated".

Streyl doesn’t work exclusively in wool and knitwear. Many of her sculptures are a combination of wool and stone while others are carved from various kinds of stones including sandstone and lime-sandstone. Her latest artwork in 2007/2008 is called “Idol” and is a collection of Riemenschneider Replikas made of burned clay. “Idol” consists of series of ornamental heads inspired by decorative facades from medieval times.

Streyl’s artwork has been exhibited in many places throughout Germany and also in other countries such as France, Belgium, Austria, Norway and Denmark. Also, in 2007 the publishing company Kerber Verlag published her book Kerhaus and to quote the synopsis: “Sculptor Annette Streyl intertwines Deutsche Bank and McDonald's or IKEA and the Palace of the Republic in Berlin, weaving power, material and market together in her 1: 100 scale, felted objects“. The book includes text by Belinda Grace Gardner and beautiful illustrations of Streyl’s artworks dated from 1998-2006.