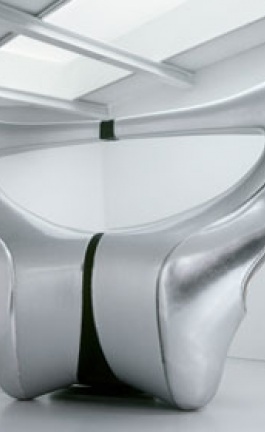 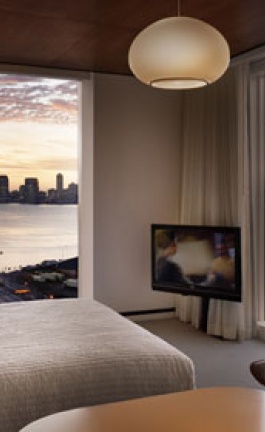 The Antwerp Royal Academy of Fine Arts held its traditional end-of-year show on a round stage in a hangar reminiscent of a film set at the city’s Port. The Academy’s Fashion Department, founded in 1963, which schooled the amazing Antwerp Six (Dries Van Noten, Ann Demeulemeester, Dirk Bikkembergs, Walter Van Beirendonck, Dirk Van Saene, and Marina Wee), has never seized to breed exciting new talent and produce innovative projects, thus, placing among the finest in the world. With an international all-star jury that included Olivier Theyskens, Suzy Menkes, Henrik Vibskov, Mark Eley, Junsuke Yamasaki, and head of the department Walter Van Beirendonck, the students had a lot to live up to. And they did! In an ever changing atmosphere, the designers delivered their collections, their visions, their dreams. 14 stories, 14 experiments, 14 unique approaches towards fabric, and a single promise: to give the fashion world something to remember. 14 young people bursting with talent and creativity winked playfully at the “powers that be”, determined to change the fashion scene’s momentum once and for all!

The creations speak for themselves, often rendering us speechless. And we are left with one question:

Are these rising stars the next Antwerp Six (or fourteen to be precise)? Stay tuned, and we’ll soon find out…

Six Lee - Happiness isn't Happiness Without a Violin - Playing Goat And that couldn’t be more true! Considered by many as the highlight of the show, the conceptual and thematic menswear collection bared an underlying tone of magnificent cuts and luxurious sheens. Mr. Lee created music for our eyes and we thank him for that!

Irina Shaposnikova – Crystallographica The futuristic curves highlighted the collection’s minimalistic inspiration. The unusual creations brought to mind robotic-like fixtures, while exuding elegance and grace. We fell instantly in love with the cold yet fascinating faceted dresses. After all, diamonds are a girl’s best friend, so imagine being wrapped in one!

Alexandra Verschueren – Medium A highly insightful collection that revolved around the designer’s medium, paper. Inspired by the work of artist Thomas Demand, she folded and cut the fabric in ways that remind paper. Her designs were accompanied by panelled ankle boots in cream leather with protruding rhomboid cut-outs that resembled dinosaur scales. Origami at its best!

Stephanie d'Heygere – Humanimalus A dazzling and breathtaking collection that incorporated feathers, leather, multiple textures and shapes, and even birdcages! Dramatic creations with a dreamy effect transformed the female silhouette to an unworldly creature. The designer won the Sacha Project Shoe Award with her ribbed woollen boot on a wooden heel that graced her Humanimalus forms.

Tugce Özocak – Misstanbul A tribute to the designer’s homeland which, based on the title, she clearly misses! The lively collection was inspired by the famous Turkish tiles and mosaics. Instead of using actual tiles, which would make the garments extremely heavy, the designer decided to create the same effect using wood. The result was a beautiful and feminine collection with an oriental breeze.

Emilie Pirlot - Mysterious Wonderland An ultra feminine and mysterious collection inspired by the movie Otto e Mezzo by Fellini. The silhouette starts from the hat, from which a draped veil gradually becomes a garment. The designer accentuated her creations with high heeled gladiator sandals in white, navy, fuchsia, and baby pink.

Stefanie Bösl – Séverine This collection was all about coats. The designer created structured but feminine forms in a plethora of textures and colours. Elegant and effortless, her multilayered pieces revealed her search for Identity. Her creations were accented by beautiful bow-like belts, and snub-toed patent stiletto pumps embellished with paillettes.

Sena Yoon - Hi. Mr. K The designer created an industrial menswear collection for those wanting to engage in a fashion combat. Aggressive and colourful, the garments were part of a bigger picture, forming living works of art, a notion displayed perfectly in the overall-painting creation. Padded and pocketed fabric boots, replete with safety buckles completed the collection.