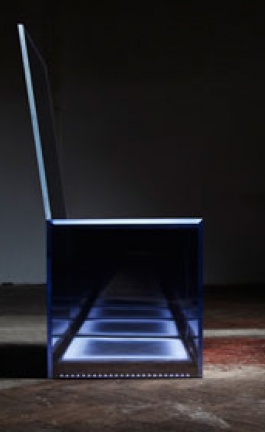 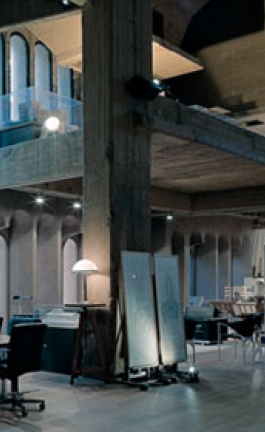 It’s this time of the year that MAISON&OBJET is here and we’re impatiently waiting to see what’s hot and what’s not.  One thing is for sure, that ORNAMENT, by Sam Baron in cooperation with Catarina Carreiras for Vista Alegre, is burning!

ORNAMENT is a collection inspired by ceiling medallion crown moldings from the Vista Alegre Palace in Ilhavo, Portugal.  The repetitive circular pattern, the graceful flare, and the decorative details which were once used for architectural purposes have now made a bold statement in the tableware world.

The glamour, the elegance and the royalty of the ceiling medallions of the Vista Alegre Palace is ‘served’ in the ORNAMENT collection.  The design concept of the ceiling medallion is applied in the same manner in the tableware as the ‘white on white’ design has been applied on plates, tea/coffee sets, and more!  Through the special technique of relief, lifting up from a flat surface to create a 3-dimensional surface, motifs, patterns and elegant designs were created.  The delicate patterns of the sculptured artwork create a modeled form that projects from a flat background. A very flimsy grey touch assists in highlighting the shadow and bringing out an even more bold relief form.  The truth is that very few porcelain companies worldwide can achieve the results in the quality that Vista Alegre has achieved with ORNAMENT.

ORNAMENT bring the ceiling to the table without sacrificing the finesse and the sophistication of such an architectural fixture.  Sam Baron who is known for applying elements of his French background, has put the “chic” and the “elegance” of his cultural reference.  Together with Catarina Carreiras they have managed to create a unique mass product as it contains long lasting values rather than ephemeral; they have displayed the sophistication and the know-how of the past in a contemporary product. Furthermore, Vista Alegre as the ex-royal porcelain company of Portugal has in its DNA a certain way of living, sharing meals around the table and decorating houses, that is unique thanks to the culinary and hospitality of Portuguese people!

ABOUT Catarina Carreiras //
Inspired by her Fabrica mentor and Art Director - Sam Baron, Carreiras left us with some very good impressions during Milan Salone del Mobile 2010 as she collaborated with Fabrica, HP and Internia magazine, and approached the printer as the ultimate designers' private god introducing the first wireless printer.  Her project was entitled Divine Providence and was showcased at Interni Think Tank.

ABOUT Vista Alegre //
Based in Ilhavo and with offices in Lisbon, the company has four industrial units, producing about 15 million pieces of tableware and giftware a year. Today it has shops in Portugal, Spain, Luanda (Angola), Maputo (Mozambique), Mexico and Macau (China) and exports to more than 60 countries worldwide.

The Vista Alegre porcelain factory was founded in 1824 by Josι Ferreira Pinto Basto.  Following an active period of acquisitions in 2001, the Vista Alegre Group merged with the Atlantis Group to form Vista Alegre Atlantis. The company’s core business is the production of porcelain and crystal pieces, and it is organized in several business areas such as tableware, giftware, cookware and hotelware.

Vista Alegre tableware is used in the White House and by many Royal families and politicians around the world, such as Queen Elizabeth II of England, King Juan Carlos of Spain. The products shine in the showcases of many famous museums, such as the Metropolitan Museum of Art in New York and in some VIP Christies sells such as Marlon Brando items.

To develop its historic and cultural background and to continue its unique and distinctive style, Vista Alegre has always kept a policy of inviting artists from abroad to challenge the house design and import cultural references from their own country, such was the case with Sam Baron!