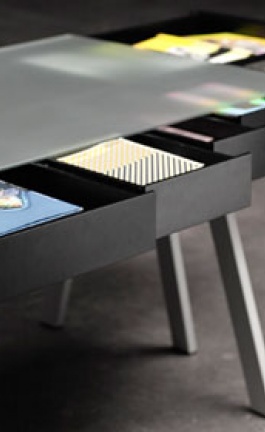 Process of Czech Republic at ICFF 2010 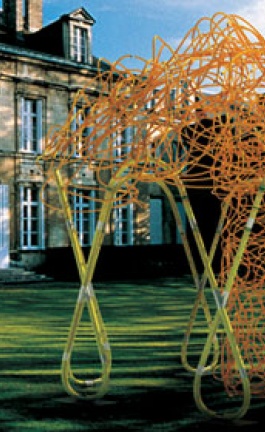 Our dearest Yatzer fans had a sneak peak into the renovation of Hôtel du Marc earlier this year.  Hôtel du Marc is literally the House of Veuve Clicquot rather than a hotel; the VCP family prefers to see this unique hotel not like a hotel but as a house for the VCP family, its members and its friends.  For the past two years this exquisite building has undergone renovation work and is scheduled to reopen its doors in 2011.  I can just remember Yatzer's words when he called me from the hotel in Reims to tell me what a wonderful renovation this historic building has undergone to reveal a venue which will “commemorate the House’s love of tradition as well as its spirit of innovation and design.”

French designer Mathieu Lehanneur was commissioned by Veuve Clicquot to design an innovative sleeping capsule for the visitors of Hôtel du Marc.  The jetlag sleeping capsule “Once Upon a Dream” was presented at Milan Design Week 2010 at Zona Tortona, the project was presented with The Gloriette by the Campana Brothers.  "Once Upon a Dream" was especially designed for guests of Veuve Clicquot who suffer from jet lag; according to Lehanneur, it acts like a resynchronization room where sweet dreams are ensured.  The sleeping capsule was designed by stepping on existing data from people who suffer from chronic insomnia.  And to only think that Madame Clicquot, the founder of the company would have been very happy if she lived today as she suffered from chronic insomnia herself.

Based mostly on Doctor Alain Nicola’s work, sleeping disorder specialist in France, “going to sleep is like stepping off into another state, shifting down into consciousness by successive stages.”  This phrase along with the research acted as the stepping stone for Lehanneur and his team to design this sleeping unit.  The research, the design, and the construction of the project took four months in total.  The sleeping unit is entirely controlled by software which performs various chapters as in the process of sleeping and awakening.  The process follows:

Chapter 1: automatic curtain closure, the interior show begins. Visually re-defined, the mental state of the sleeper-to-be is erased for change of consciousness and production of dream.
Chapter 2: Overall room temperature falls 2° to 19° C.
Chapter 3: With barely a touch, the user activates the automatic light dimmer via the plant hanging over the bed – a reminiscence of the briar protecting Sleeping Beauty. In fifteen minutes, light dims from 1000 Lux to 0.
Chapter 4: During the light-dimming phase, low-volume white noise acoustically isolates the sleeper from external sounds. This purr created by adding together barely audible frequencies is used to put certain patients into a Non Ordinary State of Consciousness (NOSC) prior to telepathic experiments. The brain homes in on the neutral swish, and with ideal body temperature, sleep comes.
Chapter 5: Wake-up. Temperature rises by 2°. Light intensity increases from 0 to 2500 Lux in fifteen minutes. A new day begins.

The sleeping unit could sleep only one person at a time; it could be used from one to twelve hours as a timer is set.  According to Pierre Favresse (Head of the studio Mathieu Lehanneur) the project acts as “a mix of fairy tale and science, like in the story The Sleeping Beauty.”  However, Lehanneur said to Yatzer that he is happy with the result, but it is too early to judge it, you need time to see if you are going to change something or not.  Furthermore, they quoted that the design, the materials, as well as the colors used help people rapidly recover and adapt to their new surroundings.

On the same day of the presentation there was a round table discussion regarding the presentation of Once Upon a Dream.  The discussion dealt with issues of sleep, dreams, hypnosis and insomnia amongst others.  “In addition to designer Mathieu Lehanneur, the panel included personalities from a broad variety of fields: a professor at a teaching hospital, a hypnologist specializing in sleep disorders, a night owl and jetsetter for whom sleeping at night is out of the question, a psychoanalyst for whom dreams are the doorway to the subconscious and a cellar master who gently rocks the precious bottles of Veuve Clicquot that rest in the kilometers of our chalk cellars.”

Last but not least, Yatzer and his team brought you this presentation as well as other projects which were presented during Milan Design Week 2010 with the kind support of Veuve Clicquot.  The entire team would like to thank Veuve Clicquot from the bottom of our hearts as they have supported us to bring the very best inspirational and innovative designs to our readers.  We look forward to the opening of The House of Veuve Clicquot, Hôtel du Marc in 2011, and stay tuned as a YATZEReport on The Gloriette by the Campana Brothers for VCP will follow shortly.