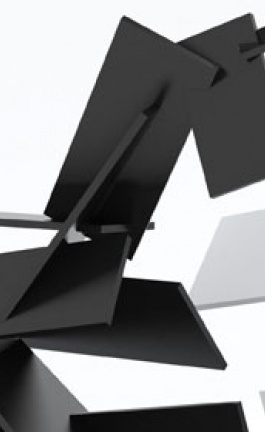 All the things I keep inside by Nynke Boelens

* Please note that the specific plans passed to the second phase of the competition (the phase which the finalist would be selected), however, according to Turks.us daily online news two European architectural firms Austrian Bramberg &Thomas Bucher and Swiss Burchard Partners, outperformed the designers in phase two and share the first place.

Willy Müller Architects (WMA) is a European based Architectural firm in Barcelona, Spain with a successful project portfolio. In 2006, Willy Müller Architects submitted their proposal for the design of the Organization of Islamic Conference (here as referred to as OIC) Headquarters in Jeddah, Saudi Arabia. The project passed to the second phase of the competition but was not the one chosen. However, it is a strong design where the design concept is based on the cupola. A cupola is a small, most-often dome-like structure, on top of a building. Often used to provide a lookout or to admit light and air, it usually crowns a larger roof or dome.
The cupola is an outstanding feature on squinches in front of the mihrÄb (a niche in the wall of a mosque that indicates the qibla, that is, the direction of the Kaaba in Mecca and hence the direction that Muslims should face when praying), which is made up of small columns and horseshoe arches, and an elaborate shell decoration that points to great technical mastery. The cupola roots far back in time; however, we cannot dismiss the idea that the construction of cupolas is a Byzantine legacy, yet we cannot rule out the possibility of the influence of Mesopotamian cupolas on squinches probably inherited from Sassanid architecture, which spread widely in the Islamic world in the Abbasid era. This type of cupola spread into Ifriqiya and also appeared in Sicily, Morocco and Egypt.

WMA perceives the cupola as a visible and powerful icon from the vast and rich culture and history of Islamic architecture, appearing since long ago and in very different points of the world but always under the same common identity. It is an architectural element that has always been reason of defiant construction solutions, technological and scientific breakthroughs, throughout human history.

However, they had to design the cupola from a typological point of view and not only aesthetically different from already defined typologies which are functionally concrete and abstract, like seen in banks and corporation office towers which are populating the skyline of every city today. They believe that such a building should be capable of becoming a global and international icon while simultaneously a building of unexpected magnificence that can last for several years. In these terms WMA designed a building not only for the place where its stands, but for the people that it represents around the world.

The cupola designed by WMA is technically five “pillars” which practically act as buildings and support the construction. Generally, the construction of such a design would have been a challenge, but with the appropriate know-how all difficulties and problems would have been surpassed. Every “limb”, represents an orbital ring which like any alliance symbolizes the union of Muslim nations under one common cupola, defining the functional and interior spaces. WMA characterizes the building as a monumental plaza, a design that confines yet opens like a gateway the sense and purpose of the project; a great covered Garden, ancestral and transformed simultaneously, a place of contemplation where we can enjoy the views of the city, the sea and the mountains.

The building is reinforced by the abstract image of its structural skin made by steel, glass and concrete, in contrast with mirrors of water that multiply the visual, formal and aesthetical aspects in the way that Spanish architect, artist and engineer Santiago Calatrava creates this organic architecture. The subtleness of the interior garden which behind a structural mesh embraces a delicate and peaceful space where the most important buildings of the program are located: The Plenary Hall and the Secretary General evoke feelings of leadership and popular representation. The final shape of the building is slightly asymmetric and seems to be in movement; the oval plaza and the “towers” which conform it, the general “orbits” that this project proposes, suggests an actual vision of this ancient culture, proud and live, that demands its place and part in the modern globalized world.

The cupola consists of 14 levels above ground and two underground levels. It has a total height of 84.41meters above ground level and consists of the following areas: the Conference Garden, Secretary General, Plenary Hall, Conference Center, the Islamic Conference Plaza, The Islamic Museum of Architecture, and various departments. In the underground levels are the garages and the services. The program dedicated to the Congress areas and Plenary halls of the OIC has been designed with maximum controlled accessibility so that the city could use and get benefit from the building for special events if desired, optimizing to the maximum the investment in such item of infrastructure. In the office levels, approximately 30% was reserved for future expansion of the OIC needs and programs.