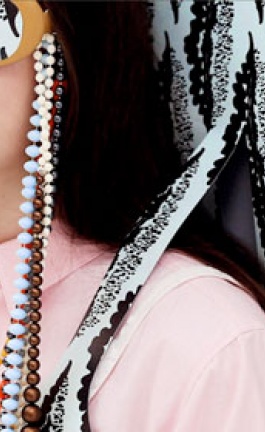 In a perfect world... 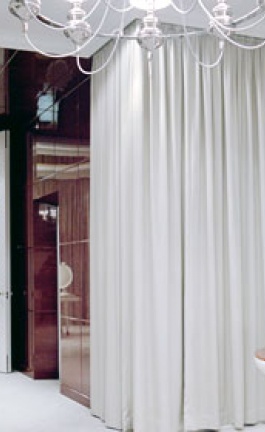 Two light grey parallelepiped blocks sit quietly one on top of the other on the mountainside of Izu-san, as if they are clock hands and the time reads ten to two exactly as they are set in the plot.  These two parallelepiped boxes stand out for the simplicity of their form which is so pure creating a luxurious residence.  This weekend house is located on the Japanese mountainside of Izu-san, where the Pacific Ocean can be looked down at from the southern part of the residence, making the living within a magnificent experience.

The project was assigned to Mount Fuji Architects Studio in 2007; the architects where to asked to design a weekend house in a site which was rather untouched by the human hand.  The intact wilderness of the land on mount Izu-san was covered with deciduous broad-leaved trees such as cherry trees and Japanese oaks.  The architects “saw faint glimmer of architectural possibility along the ridge” of the mountain.  They didn’t want to create elaborate architecture which would bow before the complex topography of the area, nor did they want to form an undulating landscape speckled with trees all over.  Their “abstraction to nature” was the main concept behind their design, as they created a blueprint for perfectly autonomous architecture which seems as if it emerges as an underlying shape under the hidden natural environment.

The shape of the building when looking at its floor plans seems as if it is an off-centered cross which is pinned carefully on to its natural environment.  One axis of the cross stretches south towards the Pacific Ocean while the other extends into the forest of Japanese oaks and cherry trees.  All rooms in the lower structure as well as the areas on the communal upper floor enjoy outstanding panoramic views of the ocean, the blue sky and the lush mountain scenery.

The interior of the villa follows the all white design of the exterior; the white marble with few grey veins elegantly dresses-up the floors and some vertical surfaces as well.  The cool white walls and the large window openings create a feeling of transparency whether you are inside or outside this house.  The few furniture pieces and the minimalistic Japanese approach of design allows for the architecture of the house to project and stand out as it creates a “game” where the house becomes part of nature.  After all, this is a Japanese architectural design trait where the outside is brought inside and vice versa.  The structure, despite its very formal and strict shape becomes a part of nature itself by mimicking it; by becoming part of the whole.

The villa’s exterior water-polished white marble cladding was chosen purposely to glow softly like the Greek sculptures.  While honoring the Greek sculptures through this architectural gesture, the white marble manages to blend the suns light with the colors of the blue sky and the lush green setting thus creating a “delicate continuous landscape of light which suggests the character and usage of the space.”  The southern end of the white marble cross melts into the light blue sky and the dark blue sea, while the eastern side fades out to the green forest.  Through this design Mount Fuji Architects Studio has managed to create a concept where the structure does not conflict with the nature, instead it imitates it creating an “artificial nature.”  The abstraction inspired by Mother Nature defines the nature itself, and still, stays natural.βÂ¨That is what the architects wanted to achieve from this abstraction and architecture.