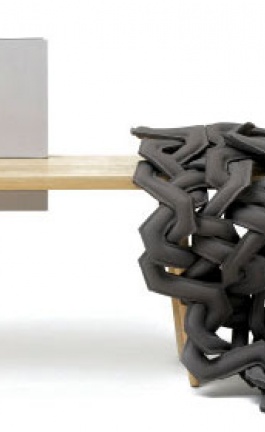 Fresh from the mint 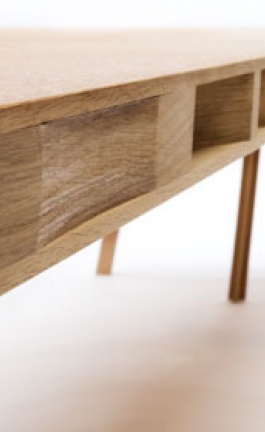 The aesthetics of simplicity by Tiddo de Ruiter

“Color est e pluribus unus” is a famous Virgil phrase taken from his poem “Moretum” and describes the blending of colors into one. Having that in mind, Francesco Rugi and Silvia Quintanilla, the names behind Milan based collective "Carnovsky", got inspired and created for Jannelli & Volpi, the famous Italian wallpaper brand, a very special series of wallpapers named RGB. First presented during Milan Design Week at Jannelli & Volpi store, RGB is a collection of wallpapers that surprisingly mutate and interact with different chromatic stimulus. It consists in the overlapping of three different patterns that results in unexpected and disorienting images. The colors mix up, the lines and shapes entwine becoming oneiric and not completely clear. Through a filter (a colored light or transparent material) it is possible to see clearly the layers in which the image is composed. Each one of the red, green and blue filters serve to reveal just one of the three patterns, hiding the other two. Pure magic!

Carnovsky say that they wanted to represent the antique theme of the metamorphosis intended as an unceasing transformation of shapes from a “primigenial chaos”. For this purpose they created a sort of catalogue of natural motifs starting with the engravings from natural history’s great European texts, between the 500 and the 700, from Aldrovandi to Ruysch and from Linneus to Bonnaterre. This collection of motifs doesn’t have a taxonomic or scientific aim in the modern sense, but it aims to explore the real and the fantastic, the true and the verisimilar in the way medieval bestiaries did.

AsFrancesco Rugi and Silvia Quintanilla point out, in each image three layers live together, three worlds that could belong to a specific animal kingdom or to an anatomical part, but at the same time connect to a different psychological or emotional status that passes from the clear to the hidden, from the light to the darkness, from the awakeness to the dream in something that could be a sort of exploration of the surface’s deepness. Yatzer can’t help thinking the way that RGB wallpapers would look under the constantly changing lights of a disco and promises to keep you informed about all the imaginative ideas that will come out of the minds of Carnovsky in the near future.