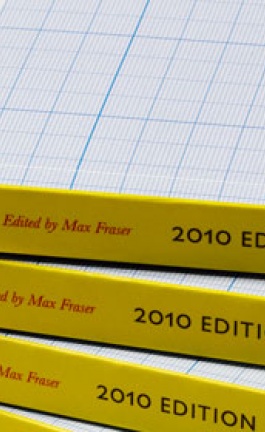 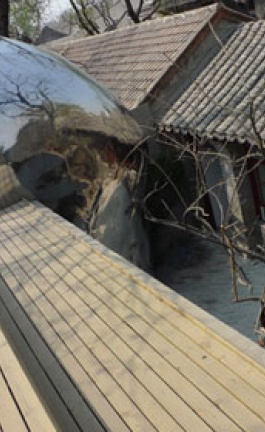 I was never any good at Trivial Pursuit. But that was bound to change. As I landed on the hexagonal hub, having miraculously collected all six wedges, the final question rang in my astonished ears with striking familiarity. “Who was awarded British Designer of the Year in 2006?” Piece of cake, I thought. The same person that had been awarded Best New Designer at the British Fashion Awards in 2004, followed by Best New Designer by Elle Magazine in 2005. Did the fact that Giles Deacon was featured in the biggest phenomenon in game history surprise me? Not in the very least. After all how could I be surprised by anything concerning the Englishman who has been moving with lightning speed towards “it” status, succeeding in each and every step he takes? He is golden, and he has conquered the top (prize-wise, at least).

This year, the holy grail, the most prestigious award in the fashion world, succumbed to his undeniable talent. ANDAM, the National Association for the Development of the Fashion Arts, celebrated its 20th anniversary and presented Giles Deacon with the ANDAM Fashion Award. With an endowment of €160.000 (the biggest of its kind), he has been granted the means to deliver his Spring/Summer 2010 Collection during Paris Fashion Week in October 2009, and share the stage with legends.

ANDAM also wanted to punctuate the commitment of Paris and its institutions towards attracting the most magnificent talents, thus remaining the world’s fashion capital. Giles Deacon couldn’t help but emerge as the absolute and obvious choice, due to his dramatic, explosive, ingenious, whimsical (the list is inexhaustible) collections. And to think that as a teenager he was drawn to marine biology and ended up studying fashion after failing his science classes! But he couldn’t resist its allure. It was intoxicating. At Saint Martin’s he was one of the stars of an exceptionally sparkling generation, including Alexander McQueen, Hussein Chalayan, and the lovely Luella Bartley. After graduating in 1992 he worked for Jean-Charles de Castelbajac in Paris, and Debenhams in London. During the period 1998-2002 he was the lead designer of Bottega Veneta, and actually managed to bring the house back into the spotlight after his highly successful first show in 2000. After being dismissed by BV, and hitting an impasse in his career, he was hospitalised for many weeks due to a mystery infection. And it was then, under the most unlikely of circumstances, that he decided to follow everyone’s advice ever since St. Martin’s. He decided to launch his own label....

Season after season, he has been delivering powerful, ladylike collections, always baring thematic undertones. From extravagant and sculpturesque, to actually wearable and proper-looking (though never lacking tweaks of craftsmanship), his pieces mirror the fact that Giles knows what he does, and knows exactly how to do it. And with his signature sheath dresses, he managed to win the popular vote among women all over the world. His designs as an established illustrator (with his work featured in Interview, The Face, Pop, I-D, Dutch and Arena Homme Plus) have formed part of the prints that grace his collections. His admiration for the graphic designers of the late eighties and early nineties led to his cornerstone conception, the Pac-Man-inspired dress and hats, which mirrored yet again his message that fashion shouldn’t be taken too seriously, and heightened the suspense of what he has in store for us in Paris.

So fasten your seatbelts, as Giles Deacon gains momentum, ready to envelope the world’s fashion capital with his magic!

Celebrating its 20th Anniversary, ANDAM also introduced the Young Fashion Designer Award which was presented to Ligia Dias, a designer of accessories for both women and men, with an endowment of €20,000. Ligia Dias, one of the most promising talents in the accessories field, will have the chance to develop her label. After having collaborated with the legendary house of Lanvin, the heaven of grosgrain ribbons, pearls, and bows, she presented her ethereal first collection, a mixture of raw and luxurious materials, inspired by the Bauhaus aesthetics. In Ligia Dias’s words, her work is like Coco Chanel and Max Bill taking a drive with a Matra 530 customised by Susan Delaunay. It sounds exciting! Mind if we join?