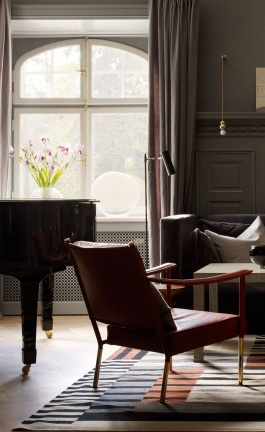 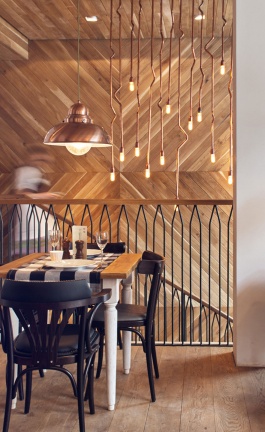 When we first touched the blankets from Røros Tweed during Stockholm Design Week 2013, we completely fell in love with every single one of them. We dreamt about snuggling up under them with our children, our lovers, our friends and our family in cozy cottages in the depths of winter with good company and a glass of wine in front of a fireplace.

Put simply, Røros Tweed is not just another textile company, it also tells a story about tough Scandinavian winters and a hardy community which managed to benefit from its tough conditions to go on to create a rich heritage for the several generations that followed. It proudly carries the quality of its Norwegian heritage, and has collaborated with some of Scandinavia's leading designers and textile artists such as Elle mElle, Arne & Carlos, Anderssen & Voll, Bengt Linberg, Connie Moltubakk, Margun Underhaug, Kyle Hanslien, Scandinavian Surface and Finn Schjøll, to name but a few. The fine quality of every product that it produces - mostly blankets - is the result of an intense belief that a local economy can stand out by investing in people and local manufacturing, rather than following international market trends.

Its history is inextricably linked with the local community from where it hails, and begins when copper was first discovered around the Røros area during the 1700’s. Although some individuals in the community became incredibly wealthy, the vast majority of the rest of the residents remained significantly poor. So when Peder Hiort, then director of the copper mine, passed away in the 1789, he bequeathed his fortune to a foundation, on the condition that it would donate wool and linen to the poorer members of the community. And it was this sensitive gesture that signified the beginning of the local textile industry community. When the locals started to invest in educating themselves in this field, they soon became experts in the art of textile production. â€¨â€¨As well as this signifying one of the wisest business moves in Scandinavian history, it also led to a rich tradition for handcrafts and textile design. In 1939, a company was established under the name of Røros Tweed, which has been kept until today. When the production process became industrialized in the 1950’s, other textile companies either went out of business or relocated to other countries due to the increase in operating costs. In light of the challenges it faced, Røros Tweed stubbornly refused to give up, instead investing in new technologies and innovative designs which led to its competitive advantage in the textile market.

Since then, the company has been awarded the ''Award for Design Excellence'' by the Norwegian Design Council on numerous occasions whilst its client list spans from the Emperor of Japan through to Christian Dior. A case in point that excellence doesn’t happen by accident, Røros Tweed has rightfully gained its reputation as one of the most renowned 100% Norwegian companies in the world.