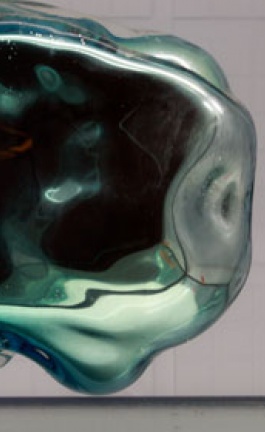 Peep-Show // Fishes and other Objects of Desire 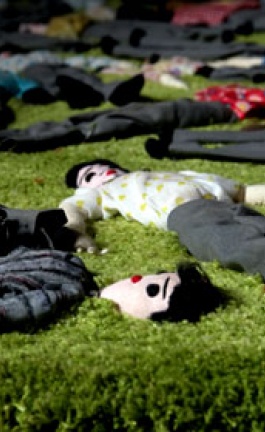 Shadows are known as a trace, a fleeting substance, the dark area produced by a body coming between rays of light and a surface. True, but that is our everyday understanding of the term. Shadows seen through the lens of Vangelis Paterakis are transformed into “Shadow Life”; a second creation of organisms that make up an unnoticed realm of life as we’ve never seen before.

Vangelis Paterakis is a Greek photographer born and brought up in Piraeus, famous among other for his hotel spaces photo shoots. From the very beginning of his professional path he became a close collaborator of big advertising companies, editorial houses and magazines. On the international front his work appears in various printouts abroad such as the Wallpaper, the Architectural Digest, the Andrew Martin-Interior Design Review and many others.  In 2008 with his exhibition “Shadows” he took one step further from the art of precision towards the art of the senses.  Familiar bodies that oozed love, friendship and daily acquaintance were intertwined, captured by his lens and then conveyed to large metallic canvases.

“Shadow Life”, following the success of Shadows, is an exhibition in which the photographer continues to seek bodies that give birth to new figures and shadows that rise new souls. His pictures remain familiar and their figures emit an instant mood for creation, annihilating the stillness of the picture offering to the spectator a side of life far from its daily perception.

The exhibition Shadow Life will be held between the 2nd and the 9th of May 2010 at The Met Hotel in Thessaloniki, Greece, which opened its doors recently to the public. Part of the income will be at the disposal of Quintessentially Foundation, the worldwide charity organisation that has been founded by Quintessentially, the biggest lifestyle management group worldwide.