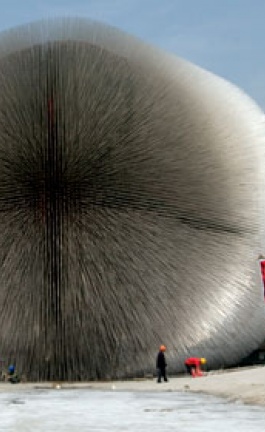 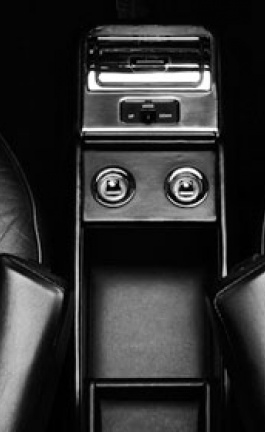 Large scale projects have to be faced and designed in a particular way.  The matter of scale is a large factor especially when what you’re designing will have to sit at ease beside three 80,000 ton cruise ships that will dock alongside.  Scale factor is also critical in terms of how the design is perceived from Shanghai’s famous Bund to the south. The design proposal by SPARCH was the one that met a strong visual presence which was equivalent to the 21st century continuation of the Bund.

SPARCH’s approach and concept was to create an exterior wrapping which would enclose the buildings in a fluid steel and glass solar skin.  As a result this approach would visually bind the accommodation together and therefore create a continuous Winter Garden gallery space which will contain green hanging gardens.  The wave like glass facades unwrap along the base of the construction to create a sheltered pedestrian route along the newly formed public park.  SPARCH approached the design of this site in such a way to create “breathing spaces” an urgent requirement which was required by the Shanghai Authorities for the Shanghai World Expo 2010 which is themed “Better City, Better Life.”  With the redesigning of the cruise terminal a target was set // to free up 30 percent of the municipality as open space for its citizens to enjoy.  The Cruise Terminal Site forms part of this vision to create a green walkway along the Huangpu River, eventually extending as far south as the Expo site itself, between the Lu Pu and Nan Pu bridges.

SPARCH created high quality communal spaces which offer new experiences for the public which will be using these spaces.  Interactive activities such as a “climbing frame” which creates a route through a series of floating Faberge Eggs to only experience the magnificent views of Shanghai in the most unique way.  SPARCH Project Director, John Curran says that “we see the Shanghai Chandelier as our Expo pavilion that escaped to the Bund and extends an open invitation; all a welcome, admission is free.”  It surely seems to be a magnificent experience which you should visit if you are at the Expo 2010, especially at night as the lights will create a flaring effect revealing a charming layer of “Amethyst” crystal balconies which are enclosed within a 400 meter herringbone steel and glass skin, clearly visible from the Bund to the south.

All six buildings which constitute this architectural development offer a diverse mixture of business and leisure facilities for the end-users at the Shanghai International Cruise Terminal, aiming at establishing Shanghai’s status as an essential commerce and tourism center.   The interiors of these six buildings more or less follow the concept of the exterior landscaping and architecture.  They consist of elements which seem as sculpted holes which appear and disappear, just like the exterior landscaping where by law 50 percent of the terminal is required to be above ground level and the other 50 below.   Vibrant colors, voids and various textures, materials, patterns and lines constitute part of the interiors.   Egg-like sculpted forms create part of the voids in the buildings which have glass ceilings thus allowing abundant of natural light into the buildings; another element of sustainable design rather than using artificial lighting.   The concoction of materials and colors creates the fun, loving diverse environment which SPARCH wanted to approach in their design in order to make this architecture a reality according to the needs of their client.

Through this development and with the concept “Better City, Better Life,” the construction called for a sustainable, environmental friendly design.  The double second skin façade apart from being an appealing design element also acts as a filter which traps UV heat from entering the buildings in the summer whilst during the winter months it performs the activities of an insulating blanket.  Further on, the buildings incorporate River Water Cooling Technology – which utilizes water from the Huang Pu River as a refrigerant to cool and thereby greatly reduce the buildings’ energy consumption during the summer months.

With the cruise site terminal being completed by Frank Repas Architects, this area of 260,000 square meters where 50 percent of it is required to be placed underground; thus freeing up most the site to create green parks.  And with SPARCH’s approach to design the above ground level they have developed an international cruise terminal which is more of an architectural attraction, rather than just another terminal!  It is surely something which will be the talk of the town in Better City, Better Life // Shanghai Expo 2010.

About Sparch
Sparch is an award-winning international architectural consultancy that has been building and designing in Asia for 10 years with proven expertise in urban planning, architecture, landscape and interior design. Sparch has gained a worldwide reputation for originality and rich expression, and has won architectural design awards in the United Kingdom, Canada, Germany, China and Singapore. Sparch is led by six directors: Stephen Pimbley, Jeb Beresford, Jan Clostermann, John Curran, Paul Merry and Sven Steiner, and operates from offices in Abu Dhabi, Beijing, Kuala Lumpur, Shanghai and Singapore.