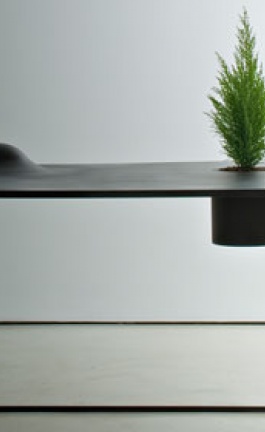 The small gardens of DeCastelli 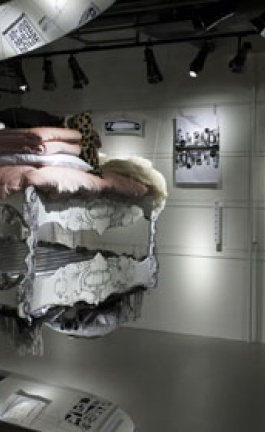 "We are little airy Creatures, all of different Voice and Features, one of us in Glass is set, One of us you'll find in Jet.  Together you may see in Tin and the fourth a Box within,If the fifth you should pursue It can never fly from you."  It begins with T ends with U and is 9 letters long....

Takamatsu is a Japanese artist whose world is coming out of a fairy tale. But this fairy tale is not like the others. Dark and violent stories where floating melancholic childish figures are either in despair either in possession of lethal killing machines. Little melancholic lolitas posing with innocence create an atmospheric mystic world. Kazuki Takamatsu mixes traditional and modern techniques. From one hand he uses gouache, hand painted monochromed based objects whilst from the other hand he uses “Depth Map” a technique where every pixel on the object is a shade of gray that is proportional to its distance from the object looking at it. The match of these two techniques give a real sense of surrealism and astonishing depth.

The method of mixing watercolor pigment with an opaque white pigment in a watercolor vehicle (made with gum arabic) is traditionally referred to as gouache. Gouache (pronounced "gwash") comes from the Italian aguazzo, for mud. Gouache is ideal for illustration and photoreproduction. Gouache paintings are typically done on hot pressed papers or smooth art boards, since the paint imparts most of the texture and these surfaces help to create a perfectly flat paint film. Tinted papers are also more commonly used, since the tint is easily covered wherever desired, but lends a pleasing background hue in unpainted areas.

Shadow/Deapth mapping or projective shadowing is a process by which shadows are added to 3D computer graphics. This concept was introduced by Lance Williams in 1978, in a paper entitled "Casting curved shadows on curved surfaces". Since then, it has been used both in pre-rendered scenes, in realtime, even in many console and high-end PC games. Shadow mapping is used by Pixar's RenderMan, and likewise, shadow mapping has been used in such films as Toy Story.
Shadows are created by testing whether a pixel is visible from the light source, by comparing it to a z-buffer or depth image of the light source's view, stored in the form of a texture.