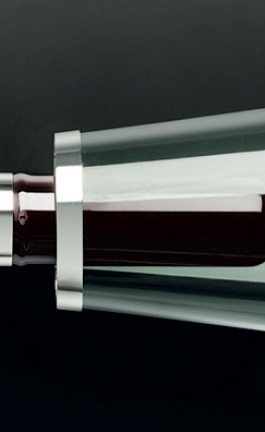 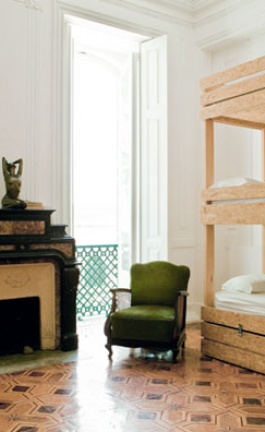 The Hive apartment in Melbourne, Australia, designed by the architect Zvi Belling of ITN Architects is the first in a series of Hip Hop buildings. As an exciting introduction to a brave new design project, it was inspired by and celebrate graffiti art and urban culture.  Representing  the culmination of Belling's project working with street artists, the Hive has been created in conjunction with Belling's neighbour, Prowla, a respected old school graffiti writer of the Rock Da City crew who contributed the letter designs that make up the building's structure and overall form. This urban building immediately grabs your attention and communicates its inspiration and concept both loud and proud.

Once home to an old Carlton tailor shop, The Hive is immediately structurally impressive whereby the external precast concrete walls of the apartment are inscribed with graffiti lettering and other hip hop iconography. Arrows, swooshes and drips have been strikingly incorporated into the brick shell to create a new permanent urban art statement that shakes rather than caresses you upon first sight, like loud hip hop from a boombox. Traditional, subtle and pretty this is not; the building has a strong futuristic sci-fi presence with graffiti relief panels making up the external structure, spelling HIVE in ‘wild style’ by Prowla. The 4m high concrete letters are the core to this building and make up the overall design structure of it. Punctuation and the rebellious shapes of the lettering also provide influxes of natural light, exciting viewing platforms and interesting shapes that jut out brashly and attack the eye; encouraging intrigue and a desire to continue to admire this building's multiple angles.

The Hive, with its strong concrete wall, exposed brick and wide windows, feels sturdy and robust. This is not an offhand modern stylistic whimsy, instead it's solid and has been built to withstand the test of time; a definite case of substance over style in fact. It looks to the future and has sustainability at its core with a solar-power system located on the roof to provide electricity, and a water storage tank tucked away below the car park area for rainwater collection. Furthermore, Belling has also reused old building materials to greatly reduce any environmental impact.

This building is exceptional from the outside in. The impressive external geometries directly determine the interiors and have been translated into living spaces in bulkheads and wall shapes. But this is not a gallery or a public space. This is a place to live and a pretty exciting place it is indeed. The project is the architect’s home and, as such, provided in turn an opportunity to experiment. It's uncompromising and the concrete formation of a vision, but this doesn't mean that strong design has been prioritized over functionality and comfort. An outward presentation of public art has a welcoming inner core and inside the bold facade lie rooms that are a refuge in which its inhabitants are truly buzzing.

With The Hive, Zvi Belling of ITN Architects has created the kind of home he would and does love to live in. This is a place where sliding doors allow light and air to fill and ventilate large rooms where the carefully planned varieties of door sizes and their placement allows for pleasant room temperatures throughout without the need for artificial temperature control and filtration - another green credential. This building may be gritty but it is exceptionally well thought out and planned which makes it pleasantly habitable. The urban design continues inside with strong angular features, bulkheads and windows sitting symmetrically along symmetrical shelves. Skylights and industrial sparse lights and fittings lend to making the rooms feel extremely modern. Upon closer inspection these apartments are not just habitable, this is most definitely a desirable place to reside, a hip hop haven in one of Australia's most vibrant cities.

Situated in an exclusive inner city residential suburb this building epitomizes urban rebellion and youthfulness. Belling has thrown caution to the wind creating a building that stands out rather than merely blending into the more conservative architecture in the area. It's alive, it's young and it has something to say (or maybe even rap) but it also has a heart and an environmentally aware brain. The Hive is the start of an exciting project and its message is being spoken loud and proud, shouting even - over a hip hop soundtrack from a skateboard poised to make its permanent mark on its urban landscape.