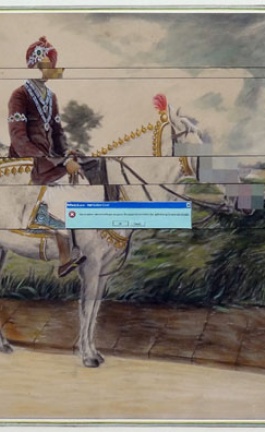 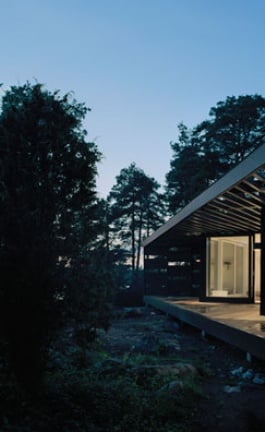 Now, distancing yourself from restaurant culture doesn’t necessarily mean that you have to go hungry. Supper clubs, an underground dining movement that first surfaced in Prohibition-era speakeasies, are slowly working their way towards Europe, with New York holding the reigns. Although London, Paris and Barcelona are still in the lead, Berlin is not so far behind.

Yatzer caught up with amateur chef Laurin Hackney to discuss this new trend and get an inside look into his unique collaboration with furniture designer Travis Broussard.

A MATCH MADE IN HEAVEN
About a year ago, me and my friend Travis Broussard [a furniture designer with an interior design background] were looking into setting up our own business. We were sick of being employees! I wanted to get into events organizing and he was trying to make his own furniture, so we came up with a joint concept where he would create pieces I could use to serve food. I found the space in January 2012 and The Parlour Dinners got started around mid-March. Since then, it’s been a regular event in my dining room every Thursday night on Alte Schönhauser Straße 35, 10119 Berlin.

FOR THE LOVE OF COOKING
Same as most people, I picked up a lot from my mother. I was always interested in food and how to prepare it. Dining was a major thing in my family, finding time each and every day to sit down for a meal and talk about our day. The food was always made from scratch, there were no pre-cooked dinners or takeaways. So I guess you could say that everything I learned about sharing food originates from my childhood.

ON THE MENU
I’m not a fan of any particular cuisine. I just focus on honest food. I’m not a professional chef so I’m not interested in serving something people have never seen before. In fact, I prefer to cook something they have eaten at least once in their lives and can easily relate to, like a simple pasta dish, or a brisket. The idea is to present it in a fresh context, using high quality ingredients. You won’t find anything exotic on the menu, just seasonal things I can find in the local markets.

ON THE SCENE
The supper club scene is getting bigger by the minute. New York, Barcelona, Paris, London - they’re everywhere! Berlin is slowly catching up… There are a lot of really good amateur chefs out there with a lot of interesting ideas that set them apart from mainstream restaurant culture and I’m sure it’s going to keep growing. What I’m most concerned about though is that, just like every other fresh concept, the supper club scene isn’t devoured by corporations. I keep seeing pop-up restaurants obviously sponsored by big companies that still feign the spontaneity of a real supper club and it just doesn’t work. There’s a lot of passion involved if you want to start something like that and the moment corporations step in, it’s all gone. It becomes just another way of boosting corporate image. To me, a supper club is all about the process: food preparation, working with your team, interacting with the customers, I love the whole package! And the feedback is really important too. Having a customer come back for more is the best thing in the world.

SLOW FOOD
Diner usually starts around 8.30pm, which is really late for Germany! But being German, everybody more or less arrives on time. There’s a 20min interval between the first time the doorbell rings and the arrival of the last guest, so everybody’s seated by 9 o’clock. I keep a very open set-up; people can walk into the kitchen or the guest room at any time. Everyone gets a free drink and an appetizer to break the ice and we make sure that they know they’re in for a slow night. We don’t want to rush ourselves, because we want the experience to last at least 3 hours. Sitting in the dining room can be quite tight, so you’re forced to talk to strangers whether you like it or not. Customers really get to know one another, ever if only for one night, which would never happen at a normal restaurant. It’s nice to see a group of strangers come together and discuss the same topic. At first, it’s always a little tense. Most people have never been there before and don’t know what to expect. They suddenly enter this private flat and start wondering whether they’ll end up having to sit on my bed! Although it takes around half an hour for guests to catch the vibe, they always end up feeling at home.

DESIGN IS TO SHARE (Yatzer's motto)
Travis mostly designs conceptual furniture, not the kind of functional pieces you’d expect to find in someone’s apartment. Their natural habitat is definitely the gallery, although our tables are perfectly usable. They’re very raw, very industrial, there’s no paintjob nor varnish, each knot, scratch, stain and mark is out there in the open. The dining space mostly functions as a showroom, where people tend to request a private commission rather than buy the tables or chair they’re sitting on, although they’re all for sale!

THE END
I wouldn’t want this to become a full-blown business. People keep asking me to add an extra day, as most dinners are booked solid, but that’s not what I want to do. I don’t want to disrupt the flow and, most importantly, I don’t want this to be about money. As it is, I presently handle everything by myself. If I added another 2 or 3 days a week I would have to employ somebody and I don’t want to do that. I want this to be very hands-on or the passion will be gone. Besides, from the day I first moved in, it was very clear that I would only have the place for 2 years. January marks the beginning of the second year, so this whole thing has a very specific expiration date. People always ask me whether I’d want something less temporary, but I like knowing there’s a date in the calendar when The Parlour Dinners are going to be over. That’s when this space and everything that’s happened here will become nothing but a memory and I will have to move on the next thing, whatever that might be…