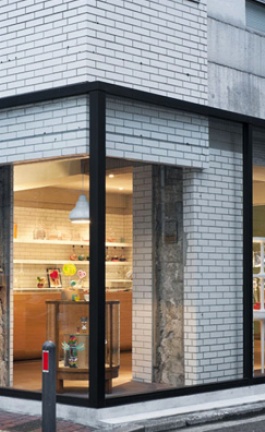 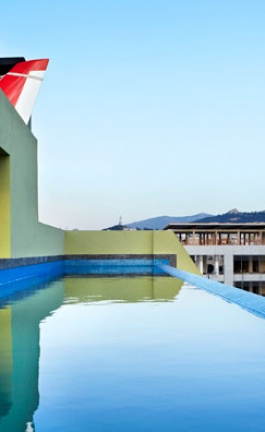 What do a fairy tale witch, a bullet-ridden roast chicken and a carnivorous plant have in common? Not very much, unless you’ve entered the hallucinatory world of visionary photographer Anna Williams, whose online venture ‘The Voracity’ has taken the term ‘online publication’ to a whole different level.

But let’s take things from the top: Once upon a time, Anna was a hard-working photography student at the University of the South, until she was given a piece of very useful advice: if you want to shoot, you have to assist first. So off she went to New York, decamping to a tiny East Village apartment that would later launch her into so many different people’s homes that she’d eventually lose count. By 2000, Anna was hailed as PDN’s (Photo District News) 30 under 30, shooting artfully arranged interiors, brightly lit still lives and oodles of delicious food for such high-end clients such as Martha Stewart Living, Food and Wine, Williams-Sonoma and Procter & Gamble. The day came however when she realized she was stuck. The clean, fresh style she had become known for, was taking over her professional life, blotting out the darker corners of her multi-faceted talent. So what do you do when you’re not getting the kind of work you really want? You make it happen yourself!

That’s how ‘The Voracity’ sprang to life, an ongoing essay exploring hunger, consumption and beauty that Williams and her husband, Mason Adams, created from scratch. ‘The Voracity’ is as difficult to define as it is to stop admiring. It’s a visual exploration of an idea, a passing thought, a verse or even a feeling. Sometimes it takes on the form of a diary entry, while at other times; it serves to illustrate an imaginary fairytale or the visualization of a high-minded manifesto. Using food as her springboard, Williams sidestepped all the usual limitations (step-by-step recipes, shiny happy people or easily digested meals for the home cook) to create her own nuanced narratives, worded and art-directed by her husband, with each issue posing as a self-contained universe.

Our Top 3 Voracity picks:
Issue No 2: A Princely Feast
A fairy tale about a hungry kingdom provides the perfect excuse to venture into the woods and awaken the witch for a princely feast. In coaxing her into the closest approximation of an enchanted forest, Williams is so true to the spirit of the story, that the smell of peaty moss almost pervades through the screen!

Issue No3: Contropastasciutta
Williams photographs an extremist banquette where no one eats and guests are only allowed to smell, based on Marinetti’s 1932 Futurist Cookbook. A cruel joke at the expense of the Italian pasta lover, Williams almost veers into collage territory, making all the hard edges and the steely determination of the early 20th century futurists’ work to her advantage.
Issue No 5: How to Cook a Wolf
Frugality is key in this seductive issue where inspiration is drawn from the era of food rationing during WWII. MFK Fisher’s “How to Cook a Wolf” is used as inspiration where the inventive methods of keeping the wolf of hunger at bay is imprinted in the beautiful carcasses of dead pigeons and the artful clutter of what appears to be a hungry intellectual’s study!