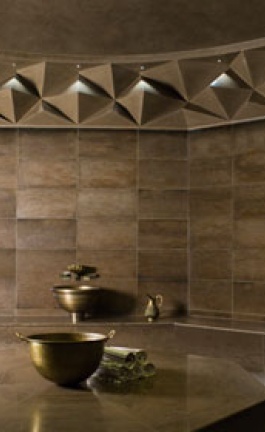 ESPA at the Istanbul EDITION Hotel by HBA 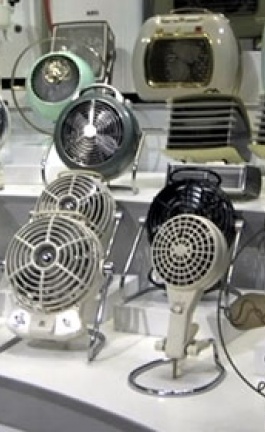 Greek fine artist Georgios Giannopoulos, now based in London, have created in 1996 his own conceptual company named: “G. Giannopoulos” which is responsible for all his creative activities such as art and design. His personal artistic journey started back in 2000 when he moved to Athens, from his native city Kalamata, to study painting at the Athens School of Fine Arts. Experimenting with vehicles and machines Giannopoulos confesses that he was drawn to vehicles “because of their exotic nature.” All his sculptures are handmade incorporating multiple characteristics and different versions. They are crafted out of numerous small pieces of wood and only the screws, which connect each piece, are readymade.

“My vehicles act as autonomous entities in a separate environment,” he says and they develop similarities to real living organisms, which grow, evolve and reproduce respectively. To him, these vehicles ‘live’ and ‘breath’, like a normal living being does, and thus have their own unique characteristics which make them differ and stand out as individuals. The sculptures presented at Yatzer today are part of his “G “series and have been crafted between 2007 and 2009. Each one of these mechanical entities has its own personality, which is reflected by its design and its unique aesthetical configuration. To him, movies whose themes analyze the evolution of machines like the Matrix Trilogy and the Terminator Trilogy were sources of inspiration.

Garia “G1” is the first piece of work in the “G” series and “It represents a social entity that works many hours a day and only sleeps for a few hours. However, during the night Garia works in an independent pornographic company as an actress and dreams to become a fantasy diva in everyone’s dream,” he says. The piece comes into two different versions as Giannopoulos explains.

His second piece DONA “G5” is a transsexual transformer vehicle which can be transformed from male to female and vice versa”. In essence, Dona has six plethoric female breasts, which can be added and removed accordingly. In this way the design of the vehicle is altered giving to each version a completely different approach. For example, Dona has the ability to change into 860 different versions highlighting in this way the complexities of the its personality.

Penny “G12” “represents a dead body of a psychopath who is buried in a car graveyard and comes back to life transformed into a killing machine”. Giannopoulos gives to each of his vehicles a fictional character with some dark characteristics making in such a way his designs visually powerful.

Corina “G8” according to the artist represents a professional soldier whose aim is to protect society from dinosaurs. “It has the perfect body which functions without useless and unnecessary decoration…it’s the absolute war machine”. Dark or surreal, vehicle designs or pieces of art, Giannopoulos’ work integrates all to please both visually and fictionally the viewers imagination.