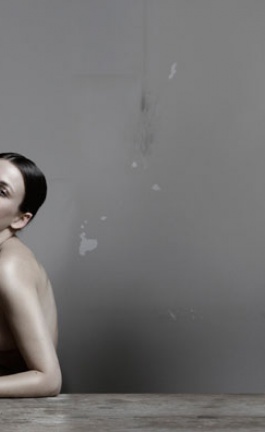 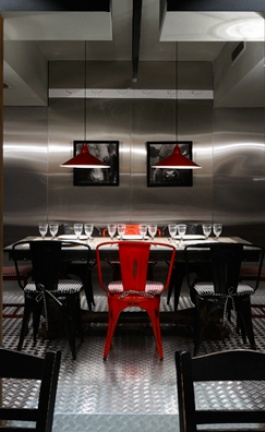 A rare collection has just arrived at Yatzer and we felt compelled to share a rare experience and journey into the depths of the world below our pedestrian experiences. A world renowned Japanese 'underground photographer', Hoichi Nishiyama originally published his civil engineering photography book named 'Tunnel' in 2005. Now the collection of 56 images will be available in a special iPad edition app with 30 new, unpublished works added to the list. Each photograph will be accompanied by a detailed text written by Nishiyama and the editor of the book, Naoko Aono, with background and an insight into the underground world many people will never get to see.

Below our above ground marvels (bridges and skyscrapers), there is a world of astonishing work accomplished by engineers and miners that allows for subway transportation or prevents river floods for example. This necessary and important work takes part in a world rarely experienced; Hoichi Nishiyama is the man who has made a career out of capturing these landscapes in their purest state.

These long and arduous projects have a very dark beginning as the initial excavations begin. This first hole is called a 'pilot drift.' You first drill with a tunnel boring machine (TBM) or as people call it, a 'mole' and then widen it with the New Austrian Widening Method (NATM) as displayed in the Kanaya Tunnel on the Second Tomei Expressway. In this photo, Nishiyama captures the preparation and the point of no return. At this moment, plans have been made, the tunnel has been imagined and the team prepares to proceed with a plan. Only one picture captures the beginning because it will never be the same. It is mysterious, magical, tense and beautiful all at the same time.

Throughout the photography process, these massive landscapes maintain a level of structural continuity that speaks of the skill and teamwork of the engineers involved. Nishiyama captures the distance and sight lines that allow us to embrace the imagination and complexity of each space. At the Tokyo Bay site, it took eight machines to drill the distance of 20km both up and down, which means each shield machine took on about 2.5km. The machines will meet at some point to be dismantled upon completion. It is perplexing to imagine how they drill from both sides to meet with only a difference of a millimeter (if any).

We can understand that the process and materials may not be seductive to the common eye but we understand that our Yatzer readers have the eyes to see beauty in the most complex of processes and experiences. Although the process is unknown and unfamiliar, Hoichi Nishiyama manages to artfully capture the imagination and expressions of these tunnels. They are silent, although you can imagine how sound moves through the space. They are lonely, although you imagine the immense team and teamwork it takes to makes these projects come to fruition.  Finally, they are simple in form, although you can imagine the complexity of the machinery needed in order to achieve such spaces. Nishiyama's work is rare and his ambition to continue documenting such landscapes commendable.

About Hoichi Nishiyama
Born in 1952 in Tokyo, Nishiyama graduated from Tokyo Zokei University’s design department in photography. After working at Hakuhodo and Tokyu agency, he turned to freelance projects. After working in commercial photography, he moved on to civil engineering photography in 1993 where his photographs of past legacies in civil engineering and civil engineering construction have been regularly printed in industry magazines. He also photographs calendars and completion photographs for major construction companies. He is also the chief of the “photographing civil engineering” office and has published photography books such as: Harbor Legacy (Japan Dredging and Reclamation Engineering Association) and Taushubetsu (Kodansha) in 2002, Civil Engineering by the Water (INAX publishing) in 2003 and SADO MINE (Niigata Daily Newspaper Company in 2011. He has held photography exhibitions every year since 1997. His work, Taushubetsu, was awarded the Publishing Culture Award 2003 by the Institution of Civil Engineers.