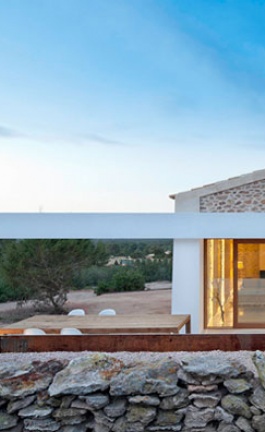 The house is a precedent in establishing a new culture of dealing with an existing structure.â¨'Recycling' is another nature of work; therefore it is not a formalistic but a conceptual house. The new and old come together, in fact they are melted together. Some people look at it with the wrong filters; they expect to see something which it is not. They still look at it with "modernist" eyes and expect to see an object. It is no object - forget about the box, especially about the white box.

Villa Rotterdam is a unique redevelopment which OOZE Architects achieved in 2010 whereby Eva Pfannes and Sylvain Hartenberg have managed to divert the exterior view of this mixture of buildings, by 'wrapping' a new faceted skin over the house. The original building which was built at the beginning of the 20th century was first extended in 2003 with the addition of 3 more rooms and numerous facilities before being bought by the current owner. Green roofs and black stained Accoya 15cm wooden planks, refer to traditional Dutch farms, providing a sense of consistency and coherence and there is no better fit for this project other than Rotterdam's green neighbourhood. The aim of the young architectural firm was to engage in a process of rediscovering the future through preserving 'the soul of the house' in the most sustainable way possible. The two main side walls of the original Villa were extended so as to take full advantage of the new maximum height of 11m and create new spaces for inhabitation.

> The house is a precedent in establishing a new culture of dealing with an existing structure.â¨'Recycling' is another nature of work; therefore it is not a formalistic but a conceptual house. The new and old come together, in fact they are melted together. <
The owner of the house

The initial concept of the Villa’ redevelopment was quite simple focusing mainly on the kitchen. Nevertheless, after a short period of time, a new staircase was added to the north wall, to follow an entire renovation which gradually transformed the relationship between the new and the old as one goes up and through the house. The layout has been reorganized around a central void forming two new vertical volumes united under a pitched roof, a lower semicircle building and several other extensions. The interiors of the Villa manifest elegance and formality, based on prefabricated solid timber panels used for the structure of the skin delivering precision and speed. The materials that were used also allowed the outer walls to remain relatively thin and to form a variety of folds and facets achieving a single space where the differences between ceiling, wall and floor disappear and thus overlap.