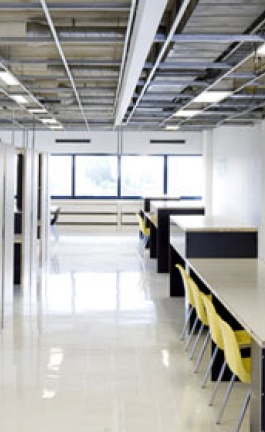 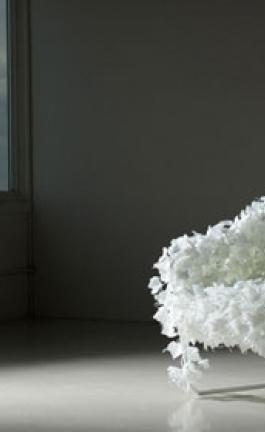 And finally the SWATCH MTV Playground event in Athens came to an end… seven hours after the event ended and we just realized that the event which we’ve been planning ever since May was the ultimate hit for the past two days, it passed by successfully and left us with the best memories and feelings!
SWATCH MTV Playground is a community which helps connect the most exciting and innovative talents from across the globe!  SWATCH MTV Playground was at BIOS in Athens//GR for the past two days Friday September 18th and Saturday September 19th and immersed us on a full-on art extravaganza with an assault in our artistic senses!

There were interactive art activities on both days for everyone in the SWATCH MTV Playground which were so much fun and literally gave us the same feeling of how we felt when we were kids playing at the playground of our school.  Various activities such as designing your own artwork in the DIY design station, writing or drawing your own graffiti on the comment wall, a turntable exhibit with 12” music get your record on.  To continue, there was amazing artwork which was for free at the posters to go section, the fashion section were you get to play with the lights and create your own dramatic moment on the fashion runway, the DJ booth, the SWATCH displays, the video and images projection wall, and last but not least, the most exciting of all the light graffiti room by PIPS:lab.  An amazing playground activity where two Yatzer editors had so much fun as we literally did our own virtual graffiti with the light graffiti sensor on four images which are captured while we were spraying!  A must do activity if SWATCH MTV Playground is on its way to your city. (have a look at the PIPS:lab's flickr profile for some exclusive photographs)

Friday evening and the doors of BIOS*Athens were wide open as BIOS hosted hundreds of people who passed by from early in the evening till the first morning hours to enjoy the interactive activities and the events on the agenda, as well as dance to incredible music by DJ Element and MTV DJ Blend set or have a drink with their friends.  On the same night, luckily it wasn’t raining as earlier that day, well known UK Secret Wars graffiti artists Disco Teck and Mr. Gauky created their own graffiti showcase on the terrace of BIOS with a breathtaking view of the Acropolis in the background.

A few words about the UK street artists //// Disco Teck has been featured at Banksy’s Cans Festival, 27-year-old DiscoTeck aka Teck1 is one of the original Secret Wars artists and finalist of the Series 1 UK Battle in 2007. Secret Wars has seen the graffiti artist and illustrator paint worldwide, culminating in a 2008 solo show entitled Forced Perspective at the Reebok Shoreditch Lounge.  While Mr. Gauky, is a London-based artist who was born in Yorkshire.  He has exhibited his uniquely character driven comic meets gothic style in exhibitions across the UK, US and Australia, with recent movements into 3D artwork. Mr. Gauky has just returned from sell out the Secret Wars England vs. Ireland battle.  His client list includes Carhartt and Diesel and on a music tip Gallows and Krafty Kuts.

After a wonderful Friday night, came Saturday which was even more exciting and adrenaline-hype for all of us at Yatzer and everyone who took part in organizing this magnificent event.  Two Greek street artists Alex Mavrogiannis aka YELLOWISH and Chris Ioannou aka HYSTERICACT teamed up to compete against UK street artists Disco Teck and Mr. Gauky in a LIVE Secret Wars // Street Art Battle while the 90 minute SWATCH watch ticked against the time!  The winner would be announced by the decision of the two judges Terry Guy of Monorex and founder of Secret Wars and the second judge was "myself" // Marcia Argyriades, executive editor of Yatzer.com.  However, the final and most important vote which would announce the winner was the vote of the crowd which would be counted with a decibel counter by the MTV VJ’s Alex and Nicky who did a superb job in hosting a wonderful night.

Each team was provided by SWATCH//MTV Playground a 2m x 2m canvas and both artists had to work together by using only a thick black marker each to create one art piece.  The Greek team’s artwork was entitled “Throw-up” where a cute little dinosaur literally threw up alien-like creatures; the concept brought us back childhood memories of innocence and supernatural.  The UK team’s artwork was entitled UNDERWORLD and was inspired by Greek mythology where Hades and Cerberus the three-headed dog guarded the UNDERWORLD.  The UNDERWORLD was represented by the London Underground symbol which read UNDERWORLD.

The decision was really hard as both teams did an extraordinary job on their canvases but the winners of the competition were the Greek Street Artists who won a 1,000.00 Euro check by SWATCH//MTV and two limited edition Swatch watches.  The night continued with a Secret Wars party in the main room of BIOS till the first morning hours with lots of fun and happy people!

Yatzer would like to congratulate all four artists who really did a superb job, and thank them for supporting this event.  We would like to thank all our Yatzer fans who made it to the event and met us up close.  We were really eager in meeting you and we were really looking forward to this.  We were very happy to see you up close apart from receiving your feedback on our website.  It is vital for us to know that you are happy with what you read and that we have our own Yatzer community!  Your support is always greatly appreciated.

And last but not least, Yatzer would like to thank SWATCH, MTV, Behance Network, Protein, Secret Wars, ATHENS VOICE, and unlike.net for pulling this outstanding event together and for the outstanding cooperation.  Also, a big thanks to all the Yatzer team, the Greek and UK street artists and our photographers // Odysseas Lekkas & Savvas Poubouras who worked really hard and supported with their efforts the achievement of this unforgettable event!