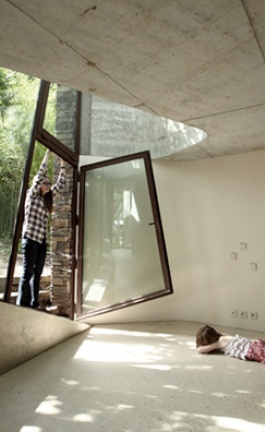 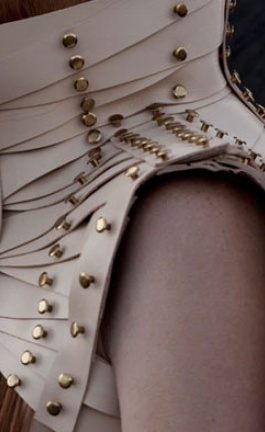 There are certain names, brands and symbols that quite simply create a whole world & lifestyle around them, with just the sound of their name. A world that makes your heart beat faster, your enthusiasm is raised to the maximum and your dreams are brought to reality. One such glorious brand encompassing all that one could possibly aspire to, goes by the name of ‘BENTLEY’; a simple name which represents power, status, wealth & craftsmanship. We describe the BENTLEY world as a private elite gentlemen’s club with solid roots from the past showing the way to the future with a sense of aristocracy and poise.

Yatzer was invited into this luxurious world, and was given back stage access to really see what makes people stare with Awe and Appreciation each time a BENTLEY car drives by.  Of course before the adventure commenced, we had to get a taste of something classic and timeless (Bond style) in order for us to get into our characters. In London, this is a simple potion known as the ‘Sacred Martini’ hosted at the Dukes Hotel Bar as served by Alessandro Palazzi. Simply put it is THE Martini in the Martini world where one begs for another but three are too many. A charismatic taster before setting off into the BENTLEY world.

We began our journey from London to Crewe. This is a town that is quintessential suburbian with a twist. The twist is that whilst sitting by the pavement drinking your pint, and eating your bangers & mash, you see three GT BENTLEYs drive by, then 20 minutes later the famous Mulsanne and 10 minutes after that, a parade of vintage BENTLEY. Somehow something doesn’t add up. What exactly is going on in this world of suburbian and what type of people live here? The fact is that BENTLEY established its foundations and built its factory here in this East Enders type neighbourhood a long time ago, a fact which makes all Crewe citizens extremely proud to be residents as they have the daily opportunity to see these wonders of engineering drive by.

Once we arrived on site we walked into the headquarters foyer and came across the displays of BENTLEY photographs and sketches on the walls in their various stages of design. This gave us an essence of the detailed ‘work in progress’ from the drawing board through to reality. The process itself is exceptional and we were guided through it in the exclusive museum incorporated inside the offices. Firstly, there are the thousands of sketches that are drawn up where every possible detail, fixing, joining and form is thought  through with the greatest attention ever paid to detail. Large  full size print outs are then posted for examination, feedback and alteration and then back to the drawing board it is. A circle of creativity consisting of form, function, durability and the breaking of new perimeters is constantly undergone at this point.

Once the drawing stage has reached its full potential, the commencement point of the model begins. A life size car model which is moulded & sculpted by highly qualified technicians depicts very carefully every line in its protrusion and angle that is incorporated from the designs. Throughout the years, new techniques and materials have been discovered to take this three dimensional process into full realization. Special trimmings coated with appropriate paints are crafted and incorporated onto this model. The quality of labour for this stage is exactly the same as that for the real life car. This prototype is truly magnificent, seeing what has long been on paper standing in front of you ready for the go ahead. The designers have to have 100% realisation of their creation before it is sent off to the technical and manufacturing departments for the breakthrough in technology, speed and comfort.

As the creative team tells us this is the make or break stage. The designers now have a new task, the task of retaining or even improving on the original approved form of the car while challenges arise through the structural/mechanical department. Design changes, both aesthetical and practical, are made in the shape & volume, due to the much needed high – end, top of the line engineering that is intended for the new BENTLEY family. At this point there is a long tug of war process where great team work strives to retain the best from both worlds.  Of course after the endless hours and the long brainstorming sessions the magic of the factory production commences and the true adrenaline kicks in.

This adrenaline level reached a new peak, when a particular modern flagship vehicle capturing the essence of BENTLEY was born within these walls. This is none other than the Mulsanne.  A unique car  which is best described by the BENTLEY Motors Chairman & Chief Executive, Dr. Franz-Josef Paefgen: ‘It is elegant yet distinctly sporting in character, delivering effortless performance while within its sumptuous cabin, advanced technology sits directly with handcrafted  luxury’. While paying homage to its great past, BENTLEY represents the pinnacle of British luxury motoring. Its design is a unique fusion of sportiness, coach built elegance and solidity echoing the BENTLEY S-Type of the 1950s. The long bonnet, short front overhang and long rear overhang help to convey a sense of power and movement, while as Interior Designer Robin Page says ''Over 170 hours – almost half the entire build process – goes into crafting the new Mulsanne’s interior''.

We explored this craftsmanship closely inside the factory looking at all the stages in making a pure BENTLEY car.

They say that a person’s house says a lot about the owner’s character, status, personality and lifestyle. For BENTLEY, that owner is the car and its house is the factory. In visiting the house of these luxury toys we have reached the following conclusions.
Character – Respectful
Status – Old World England Meets High Powered Modernity
Personality – Dynamic
Lifestyle – The one to look up to

Entering the BENTLEY Factory is like getting into the car itself. An immaculate surrounding consisting of pristine materials and old world techniques. It can almost be described as a hi tech hospital facility. Going through all the stages of production, you really grasp what this is all about and the amount of detailing it entails. The exterior shells are molded, crafted, lifted and tested with the outmost precision.

The interior work is all about skill such as the skill of stitching a leather steering wheel which will take 7 hours to complete and the cutting formations of wood sheets that will be inserted into the interior doors and dashboard.  Wood sheets that are combined in order to achieve 100% veining connections and then pressed with tiny strips of wood insertions which are then varnished, all of course  completed by hand. The most exclusive techniques are performed within these BENTLEY walls on a daily basis with their own secret high end production secrets.

Walking through the factory is like walking through a catwalk, except it is you that has to walk towards the models. Exceptional great care has been taken in order for everything and everyone to fulfil their full potential and achieve the perfect end result. The workers have custom made wrist bands to cover their watches and shirts with their names sewn on to prevent having badges which may lead to scratching the cars. However the real reason behind this respectful ambience is achieved by none other than the workers themselves. These are people that exuberate pride and happiness to be a part of the BENTLEY Family, a family that goes back a long way and has gained respect through its history and progression.

Looking back is a great asset for this company. Who cannot be inspired by watching a 1930’s BENTLEY drive by, and of course the owners are even prouder, hence the formation of the most elite gentleman’s club. We are referring to none other than the ‘Bentley Boys Club’ and their pride and joys. As we mentioned earlier when purchasing a BENTLEY you are entering into an exclusive family and some of its members are part of an even more exclusive Club where they all have one thing in common. THE LOVE OF THE  BENTLEY.  It is the value, appreciation, and respect of the old that makes you realize just how many years this great company has been creating great cars.

We were privileged enough to see BENTLEY’s most pride possession. The very first BENTLEY car ever created. This beauty is driven around the factory now and again and no matter how many times the workers have seen it, the reaction is always the same. Men gather around it with smiles and chatter. It is the factory’s muse and drive for the future. Looking at this legendary vehicle you realize the long successful journey that has occurred.

This realization is even stronger this year as the ‘BENTLEY Boys Club’ celebrates its 75 years. From all of us at Yatzer WE WISH YOU MANY MORE

With appreciation towards the old there is something indescribable that comes with the new. The Continental GT.

With the start of the new decade comes this latest masterpiece Coupe blending the classic BENTLEY DNA with contemporary design and modern technology. This clever blend of its heritage and the contemporary ensured that the new Continental GT would be more than just an eye-catching evolution of what is already a revolutionary Grand Tourer. What makes this new masterpiece so elegant and dynamic are the ‘power lines’ as the designers refer to them. From the bonnet lines through to the sharp edge that perfectly divide the door handles these smooth seamless lines are the reason for its sculpted form.

With an entirely hand-crafted interior, this latest creation provides a whole different experience. The highest quality of soft touch leathers are combined with new touch screen technology and finished with distinctive ‘cobra’ design seats. This incredible attention to detail offers an impressive level of refinement.

With the engine sound (which is always music to our ears) of the Continental GT our journey ended; a journey behind the scenes of a great legend known by the name of BENTLEY. We remain speechless and all we can say is ‘BENTLEY’ FOR THE LOVE OF THE CAR NOW & FOREVER!