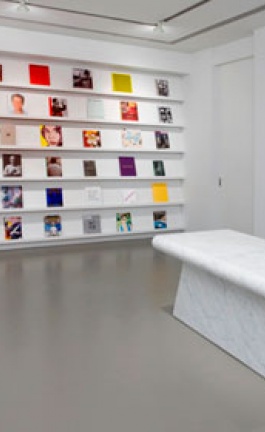 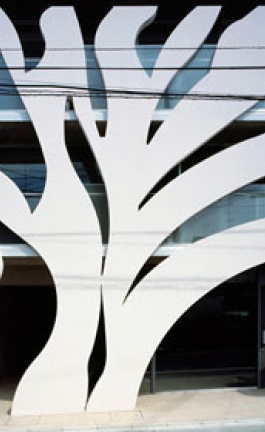 Yatzer did not find Zed’s chopper, nor his body (Do you remember the famous scene from Pulp Fiction?). But the editors did find his paintings and decided to talk to the man right behind. That ‘s because Zed Nesti is one of the hottest illustrators worldwide. And does not shy away from female journalists, working after midnight in Athens, asking him -over cold vodkas- things he could not even have imagined answering!

This man was born in Rio de Janeiro in 1969, the year that Playboy first saw the publishing light (and men global happiness). And he really truly soon grew up to be that mysterious and kinda geeky (yet cool) guy at school who was always drawing.
That is in a way all you need to know about Zed Nesti, the artist / designer / illustrator, magician. Partially, because his paintings actually weigh more than enough. Not because each of them is supposed to be a thousand words, but ‘cause they are different than a hundred others and make you think, be it faces, places, objects or nature.

Yes, he has illustrated a local newspaper, while he still was in London and still studying, and yes, of course he mostly and mainly did editorial and advertising illustrations in his career so far (as well as collaborations with MTV and various magazines worldwide), yet, nothing can beat his work appearing in award winning comic books (back in Brazil) or the cd covers he designed.
To sum up, it has truly been almost 40 years of drawing (and quite a few of exhibiting), and now, as the date for the KIAF//Korean International Art Fair (18-22 September, 2009) is approaching (which will display five of his paintings), we decided to display him: the (never old enough -) boy.

If you were someone else in a previous life, who would you want to have been?
Marquis de Sade.
And which literature character?
Alex from Anthony Burgess' “A Clockwork Orange”.
Who is your old time favorite painter? Designer?
Painter: Caravaggio. Designers: the ancient Egyptians.
Which is your favorite comic book?
"Aline", by Adão Iturrusgarai.

Your favorite color? Drink? Jeans Label?
Color: black. Drink: vodka. Jeans Label: Levi’s.
Do you prefer silence, while you work on your next project?
No, the opposite, I always listen to music, mostly Beethoven and Iggy Pop
Is there one thing in your apartment that you could not live without?
Yes, there is. Maestro, my cat.
Let’s just say, in a sci-fi scenario, that you somehow end up on a deserted island in the middle of nowhere…And you only have five things with you. These would be…?
Five mirrors to trade with local natives.

According to that scenario, you probably would not be able to practice arts at all. Do you consider yourself capable of surviving without a pc, without painting, without talking about art or even making it?
Will there be sex?
When you were just a kid, did you already know back then what you wanted to become?
Sure, I always knew I was going to be an astronaut.
On your facebook profile you have chosen a phrase by Andy Warhol ("I'm feeling profoundly superficial") as your favorite. Do you feel like that?
No, actually I feel superficially profound.
Ever thought of permanently leaving Sao Paolo and Brazil to really move to an art / fashion metropolis, like Paris, London or New York?
I plan to die someday and go live in a very very hot place.

Do you always carry a notebook and pencils with you?
I do, but I never use them.
You have drawn for animation movies, for clothing lines, for comic books, for book and cd covers, as well as for ad campaigns. Which do you prefer spending time on?
On the desert island with the natives and the mirrors, we talked about a few questions before..
After Pulp Fiction came out in 1996, did friends of yours annoy you too much with that line that came out of Bruce Willis’ mouth (“Zed ‘s dead, baby. Zed’s dead”)?
I guess I'll get that a lot when I go to that very very hot place I am dreaming of.
What is it that drew your attention to all these celebrities you illustrated?
What really is so special about them is that they are not special at all.
Are objects easier to capture in color than people’s faces and expressions?
No, I use the same kind of paint for both of them.
How long does it take you to finish a painting?
It may take a couple of days or several months to complete a painting.

When Damien Hirst saw your profile and work on facebook, he instantly asked you whether your paintings are for sale. Be honest and tell me how this made you feel…
Damien and I are meanwhile great friends and so he confessed to me one day that he actually wishes he could paint like me. So I must say, I did't feel too bad about it. At all.
Who would you like to paint next, but are kinda embarrassed to?
I'd like to paint my mother, naked having sex with a dog.
Do you think that now –with the global economic crisis and all- art is going to be seriously affected in terms of numbers?
It's always very constructive and instructive for an artist to starve every now and then.
So what is art nowadays?
I believe people's perception of what Art is has been changing along with time. And today it can be any of those things, you know, passion, need, expression. I personally don't believe that there is something called Art to begin with.
What would you say, that was the best lesson you have had to learn so far?
I'll be 40 in October, I begun drawing very early in my childhood and have not really evolved much since.
Tell me your greatest dream that has not yet come true?
I hope someday I'll be invited (to eat some moussaka) on a very nice Greek coast.