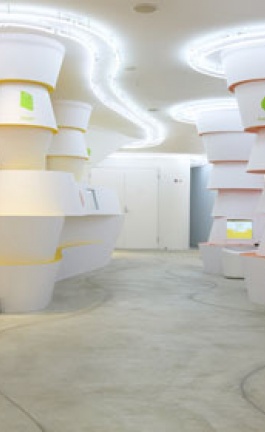 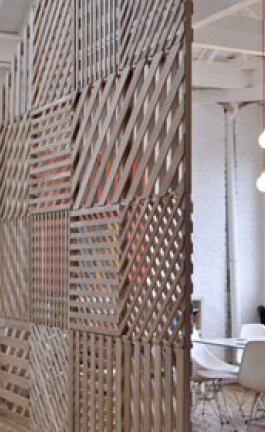 text by Mr.Kouroubalis as it was found at the official site of Alexandros Vasmoulakis
The revolution begins from within. Deviating Greece's political inanity Alexandros Vasmoulakis introduces his individuals, as he refers to his figures, in a massive, dark and white, melting party.
"Individual means indivisible", says Vasmoulakis, "any singular thing, the basic unit, subject or object, the one who suffers or the one who hurts, a bachelor or the couple among strangers, any specific object in a collection". Yet individuals interweave in front of Vasmoulakis's eyes in an unforeseen way.
His present work culls from faces and sentiments. Wide-open colorful eyes, shattered bodies, at times dynamic at times paralyzed isolated or coupled Vasmoulakis' individuals debate openly with the audience in the most sharp and eloquent way. Hey Ho! they scream through Syd Barrett's lyrics, Here we go ever so high, rising in revolt initially against some obscure, erotic probably, opponent but essentially against their same self.
"Couples, when they quarrel, are mutually defeated and the losses of this idle fight are hardly countable. Meanwhile, inner conflict is even more blurry and scarcely conscious", says Vasmoulakis. For him corruption hides a shine and in the same time beauty and bliss cloak their seed of decay. Not every conflict has a winner to display and every victory is adulterated with defeat.

"I cannot really relate to the common sense of ugliness;" continues Vasmoulakis, "in Berlin sidewalks are well arranged, straight and wide with beautiful - artistic decoration, street lamps, railing etc, whereas in Athens sidewalks are like the rough sea! all cracked, dirty and narrow, with those awful manholes that make terrible noise when you step on them. The actual hell of pedestrians! I really find this ugliness beautiful."
Inculcated with the principals of ironic-metaphoric language Alexandros Vasmoulakis in his present work uses oppositions to elucidate, ambiguities to emphasize, crystal clear signs to puzzle; like an artistic roamer he defies the borderlines between painting and drawing, street art and installation, unfolding bravely the first steps of each piece in its final form, prompted by an instinctive disgust of secretiveness and using the blank space as a way to open up the painting.
Hey Ho! Here we go ever so high, is the call for a stroll amongst Alexandros Vasmoulakis's individuals and their rioting, if still, point of view.