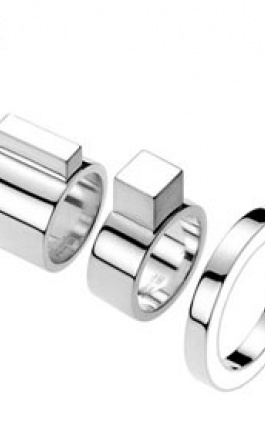 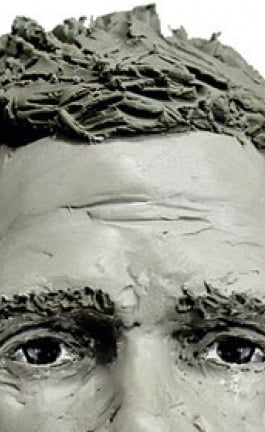 Exhibition continues until 4 May 2008

Auerbach’s installation reflects on one of the most memorable features of the World’s Fair. Like the New York City Pavilion, which housed the Panorama of the City of New York, the New York State Pavilion contained a miniature representation of the whole state in the form of a giant road map inlaid in the terrazzo floor. While the Panorama has been preserved and updated over the years, the terrazzo map became derelict and overgrown. Before to the recent conservation project on the map began, Auerbach made a complete documentation of the entire surface of the map. Adopting aerial photographic techniques as used by geologists, archaeologists, cartographers and spies, Auerbach recorded the state of New York from a height of seven feet. His aerial survey resulted in some 2,500 detailed images of a map turning back into a landscape.

Half-way between a surveyor’s office and a peep show, Auerbach’s installation invites the viewer to look — to inspect and decipher the material preserved in the artist’s photographic archive.

The installation comprises three works configuring the archive material in different ways: Emperor Panorama (2007) consists of six light-tables. On each stands a magnifying stereoscope offering a minutely-detailed, three-dimensional view. The State of New York (2006) is a fake projection of photograph showing the interior of the NYS Pavilion showing the survey in process. An untitled video projection locates the antique city-states and former colonial capitals which can be found upstate: Macedon, Troy, Athens, Rome, London, Paris and Berlin …

The project speculates on how history is recorded — in traces and inscriptions — and how it is erased. As Auerbach suggests, “The map is memorable because it remained after the rest of the Fair was demolished. Exposed, shattered by frost and colonized by plants, the map marked the time and prompted feelings for the past. Ironically, the first thing the conservators did was sweep away nearly all the history which my survey recorded.”

In part: NYC Department of Cultural Affairs and New York State Council on the Arts.

The Queens Museum of Art was established in 1972 to provide a vital cultural center in Flushing Meadows Corona Park for the borough’s unique, international population. Today it is home to the Panorama of the City of New York, a 9,335 square foot scale model of the five boroughs, and features temporary exhibitions of modern and contemporary art that reflect the cultural diversity of Queens, as well as a collection of Tiffany glass from the Neustadt Museum of Tiffany Art. The Museum provides valuable educational outreach through a number of programs geared toward schoolchildren, teens, families, seniors and individuals with physical and mental disabilities.

Suggested donation: $5 for adults, $2.50 for seniors, students and children, and free for member and children under 5.