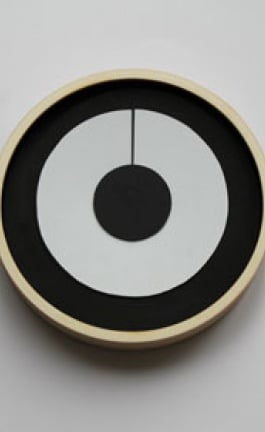 «A Shaded View On Fashion Film» shakes up the old rules of fashion by putting the focus on the moving image, in an industry long dominated by the “still” photographic medium. Built around a program of short films in competition made by today’s fashion protagonists, — designers, stylists, photographers, artistic directors — it also features installations, documentaries and feature-length films where fashion plays a major role.  Since its premiere in September 2008 at the Jeu de Paume National Gallery, the program of short films has travelled to museums and institutions like the Guggenheim Bilbao, Cinema Rise X in Tokyo, the Chelsea Arts Club in London; fashion events such as AltaRoma in Rome and many others around the world - Seoul, Riga and Mexico City to name just a few; and screenings at festivals like Hyères, Festival 9 in Vienna and the Arnhem Biennale.  Last year’s award recipients included photographer Camille Vivier and designer Jeremy Scott.

PUBLIC PRIZE
HERR RODEBJER Pt I by Mattias Montero
DESIGNER: Rodebjer
ASVOFF PREMIERE
STORY: Our hero is a man travelling through landscapes that we have in front of our eyes every day but don’t really see. He moves in the shadows and the empty spaces in this parallel world of his own. Mumbling, humming and screaming he wonders around, He walks on the empty dark streets as the only living soul alive…or is he…?
5 min / 2009 / Sweden / PROD: ID4L Film AB / MUSIC: Martin Lundquist + Juha Mulari / DP: Marcus Ohlsson / STYLIST: Rebeca Palmer + Ellen af geijerstam / HAIR: Oliver Andersson / MAKE-UP: Andre Cueto Saavedra

DAILY MOTION PRIZE
HLH: Autumn Winter 2509 BC by Claire Kurylowski & Jason Bradbury
DESIGNER: Harald Lunde Helgesen
STORY: The theme ‘traversing boundaries’ formed the basis of our approach. Boundaries are crossed in a corporeal way – colour, form and texture - in the garments, but also in their connotations. Nuances suggest archaeological/military functionality. However, more prominently, the designs have an aesthetic drive away from these strict regimes. The linear, divided form of the black and white ‘measuring stick’ was used in the film as a motif of this act of traversing. The placement of the clothing within the chosen landscapes also characterise the interweaving sensibilities. Scale and divisions of the frame/screen were amalgamated to extend this effect.

JURY PRIZE "REFLECTION" // fashion film made independently from a brand/designer
FICTION NOIR by Steven Klein
Starring Lara Stone.
STORY: ‘FICTION NOIR the film by Steven Klein starts immediately with the aftermath of a disaster. A young beautiful couple bloodied in what may have been a car accident,or something worse, perhaps a supernatural mishap. The film continues at that point its descent into a series of nocturnal emissions of the mysterious unconscious. The Law and Logic of Society is represented in the form of a cop, and this figure is undermined and mocked by the Femme Fatale of the piece. She is the dark void, the mystery of existence, seductive and yet feared. Masculine order and will is negated by her in FICTION NOIR. Indeed even her tenderness is equated with violence; a blood sacrifice of a young boy, seemingly underage: thelamb to slaughter. There are no happy endings in FICTION NOIR nor resolutions. One senses the men are forever trapped in the Web of the Feminine. In its own way, it is the parable ofLilith. One translation of the name Lilith is “female night being demon”. Filmmaker Steven Kelin lends a modern interpretation to the femme fatale of yesterday’s film noir thus creating a new fiction for us to dream by.
01:41 / 2008/ USA / PROD: West Kill Studio / CAST: Lara Stone