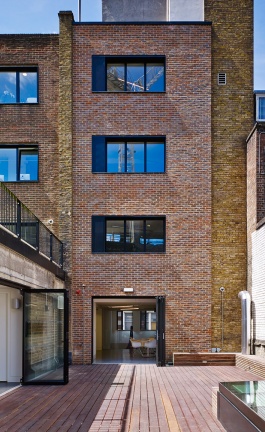 The Visual Identity Of Coffee House London by Reynolds and Reyner In Kiev, Ukraine

Before They Pass Away

Jimmy Nelson spent three-and-a-half years photographing indigenous tribes across the world and the result is a series entitled Before They Pass Away, which is not only accessible but also reveals the photographer’s privileged contact with the 35 tribes he spent time with. Above all, Nelson’s work is a reminder of our profound humanity: ''In 2009, I planned to become a guest of 31 secluded and visually unique tribes. I wanted to witness their time-honoured traditions, join in their rituals and discover how the rest of the world is threatening to change their way of life forever. Most importantly, I wanted to create an ambitious aesthetic photographic document that would stand the test of time,'' reads a quote on BeforeThey.com.

But Nelson does a lot more than that. ‘Before They’ is an ethnographic record of a fast disappearing world, and lifts the veil over communities where reality is at the opposite end of the spectrum - to our urbanised world. For his elegant and evocative portraits, Nelson used a 4x5 camera, a 50-year-old plate camera. ''The detail that is attained by using such large negatives would provide an extraordinary view into the emotional and spiritual lives of the last indigenous peoples of the world.''

Jimmy Nelson observed the tribesmen, formed a bond with them and drank their mysterious brews before taking out his camera. ''At the same time, it (the project) would glorify their (the tribes’) varying and unique cultural creativity with their painted faces, scarified bodies, jewellery, extravagant hairstyles and ritual language.''

Nelson photographed a total of 35 tribes from the Samburu in Kenya to the Tsaatan of Mongolia.  And the cultural strength of the people within them is what first strikes you in his sharp portraits. But as undeniably soul stirring as the portraits are, there lies a paradox in the subjects’ strength for there is such a fragility in their future. But when faced with the understated pride and beauty in Nelson’s work, it is impossible not to fall under its spell.

Jimmy Nelson, now 46, was born in England, however, being the son of geologist for Shell Oil meant that he grew up between West Africa and northern England. He bought his first camera at the age of sixteen and worked in conflict zones and poverty-stricken regions until settling down with his wife. Nelson then pursued a career in commercial photography, but when the digital crisis hit, he was off globetrotting once again. He hopes that ‘Before They’ will convey how much will be lost once tribal communities are taken over by looming modernisation. ''Admittedly, I’m very romantic and very idealistic,'' Nelson said in an interview with Fox News. ''But what I’m trying to say is that these people have something to teach us.''

The series has been published by teNeues in a voluminous book called ‘Before They Pass Away’.

{YatzerTip}: Watch Jimmy Nelson’s TEDx Amsterdam talk on the 6th of November 2012, on the theme of ‘Connected Consequences’.

One of the episodes of the potential TV series ''Before They Pass Away - the making of''. In this episode photographer Jimmy Nelson and his team travel to Vanuatu Islands. Out of the chain of 83 islands, they visited 5 and portrayed a tribe on each island.