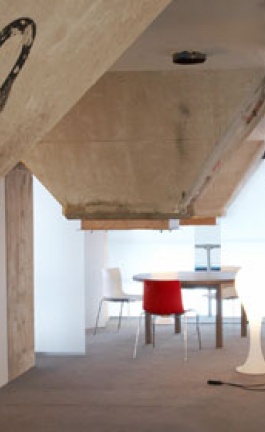 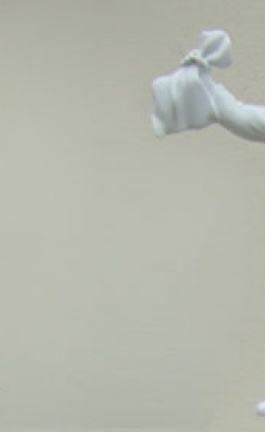 Graduated from Middlesex University in Fin Arts in 1998, Bendetta Mori Ubaldini has dedicated herself to sculpture.She has developped a creative concept based on the simplicity of material and on the aesthetic and theatrical impact of the subject represented. The material is humble:“chiken wire”, the results are forceful. Evanescent sculptures representing fantastic images in an infant’s world. In metal netting, coloured, they design in the air figures of animals and plantswich look more like apparitions than real objects.
When Paola Navone invited her to do an exhibition in Cologne, she started to design fantastical underwater-likeenvironment of enormous cacti. Soon after this experiment she installed a magical forest filled with pigs and a large grizzly bear. Today for her solo show at Fat Galerie she made two installations: The Riding Hood and wolves, and Happy Days, both filling the space with a symbolic and poetic narrative . “ They have no internal structure sotheir presence is almost absent, giving them a sense of wonder, magic”. Creating images in 3 Dimensions, Benedetta Mori Ubaldini experimentes colour and light on the transparent material enhancing this effect and capturing theimagination of the viewers. In addition to chikenwire works, she now also makes what she calls “ugly art”: scultpures and body image made with balloon.These pieces function as a self-critique of the fantasy and beauty of the animal sculptures.