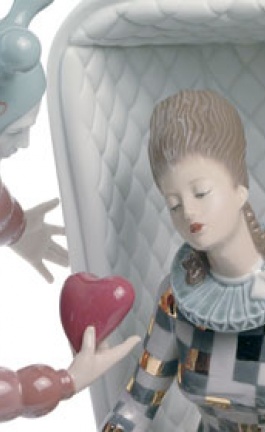 The Love Explosion by Jaime Hayón for Lladro 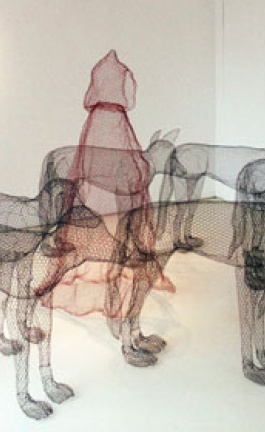 text by architect Pieter van der Pot
Ruigrok | Netpanel, an office for market research, choose an old concrete silo in Amsterdam as her new office. The rough, industrial, open space had the character that owner Marja Ruigrok was looking for. The only problem with the place was that it was completely unsuitable for an office like hers. It needed separate meeting-rooms, interview-rooms etc, but without destroying the rough and open feel of the place.

So CUBE architecten came up with a couple of solutions that would do just that. Without competing with what was already there, the new infill should be like big furniture, as an addon. Almost more as big informal elements in an open urban square, then a typical office-rooms. The main spatial intervention was the invention of the 'research-BOX'. This holds the extra meeting-room, interview-room and waiting area. Like a big crate, of what seems to be huge pieces of plywood, glass and steel, it sits between the big concrete columns right next to the entrance. Some other, more informal places to sit are on the extra floor that hangs between other columns. Here you can get together and discuss projects under the concrete silos that hang from the ceiling. Through the whole office the silos are now used lighting.
To make the place work like an office, CUBE introduced color and wood to bring just enough warmth to the silo. The Ruigrok | Netpanel colors purple and dark red were used for some furniture and other accents and wood of the before mentioned research-BOX, the desks and tables. Next to the old industrial icons and signs that were left on the concrete silos, several new icons in the same purple color were introduced to show were different functions are located. Art work not only brought more color to the workplace but was also used to get the acoustics of the office to a comfortable level. Because of all the concrete and other hard surfaces, the introduction of softer surfaces was necessary.