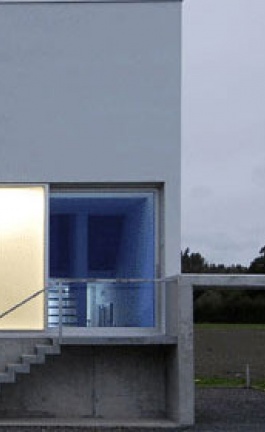 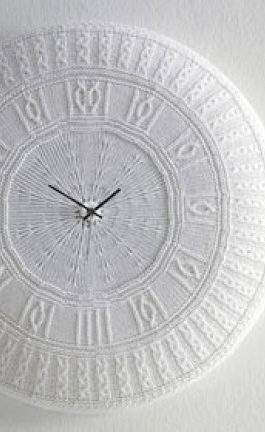 "Cloud" & "All the Time in the World" artworks by Troika for British Airways ...

some words for the Cloud by Troika

Troika has been commissioned by Artwise Curators to create a signature piece at the entrance of the new British Airways luxury lounges in Heathrow Terminal 5.

In response, we created ‘Cloud’, a five meter long digital sculpture whose surface is covered with 4638 flip-dots that can be individually addressed by a computer to animate the entire skin of the sculpture. Flip-dots were conventionally used in the 70s and 80s to create signs in train-stations and airports. We were fascinated by their materiality, by the way they physically flip from one side to the other. The sound they generate is also instantly reminiscent of travel, and we therefore decided to explore their aesthetic potential in ‘Cloud’.

By audibly flipping between black and silver, the flip-dots create mesmerising waves as they chase across the surface of ‘Cloud’. Reflecting its surrounding colours, the mechanical mass is transformed into an organic form that appears to come alive, shimmering and flirting with the onlookers that pass by from both above and below.

The sculpture is located in Terminal 5 in the atrium hall which leads to the British Airways First Class Lounges. The brief from British Airways was open and simple: to create a signature piece that will mark the entrance of the First Class Lounges and signify the transition between the busy shopping floor and the calm and serenity of the lounges.

We started to work on the metaphor of clouds as one’s flies, and the contrast which exists between the busy, hectic airport experience, and the calm, luminous and ethereal world which we discover as we fly through this dense layer.
Another of our inspiration came from the old electromagnetic flip-dots which were used in railways and airport signs from the mid 70s. Those signs, with their characteristic flicking noise which instantly reminds us of travel, represent to us a golden age of technology, when analogue and digital started to merge. The indicators, dots which can flip from one side to the other with an electric impulse, have a fantastic materiality, a physicality which more modern technologies often lack, de-materialised into the virtual.

We dreamt of applying this redundant technology to our sculpture, to create a sort of living organism, a cloud which we could animate, exploring the aesthetic potential of the flip-dots.

As the flip-dots flick we are instantly reminded of rippling water, of the mesmerizing movements of snakes and schools of fishes. We chose for that particular reason to create one side of the dots as silver mirror, to accentuate this feeling.

The project took 8 months in development, manufacturing and installation. Troika was responsible for the concept, design, executive design and engineering, project, production and installation management, and over-viewing all the operations from start to finish.

We would like to thank British Airways and Artwise Curators for giving us the opportunity to create our most ambitious works to date, Mike Smith Studio for the manufacturing of the sculpture, Pharos Architectural Controls, and Alternative Access for the installation.

All the Time in the World, 2008 | TroikaElectroluminescent art wall for British Airways, T5, Heathrow, London

Curated by Artwise Curators
Manufactured by Elumin8
Troika has been commissioned by Artwise Curators to create ‘All the time in the world’, a 22m long electroluminescent wall that marks the entrance to the First and Concorde Galleries lounges in the new Heathrow Terminal 5.

‘All the time in the World’ extends the conventional notion of a world clock, which commonly concentrates on capital cities in different time zones, by linking real time to places with exciting and romantic associations.

‘All the Time in the World’ allows passengers to extend their imagination to far distant locations as they enter the Lounges; the great natural wonders of the world, the highest mountains, the most beautiful lakes, the tallest buildings, the longest rivers, ancient cities, museums with untold treasures, dream islands and exotic deserts, thereby subverting the hard function of the traditional world clock into a poetic, fictional tool. GMT, London’s local time, forms the heart of the clock display, and any places west of London are situated to the left of the large clock, and equally, any places east of London are to its right

For ‘All the time in the world’ we developed a new typology of electroluminescent displays, called ‘Firefly’, which relies on a custom-designed segmented typeface (patent pending.)

Apart form its incredible thinness (less than a millimeter), our display boosts high aesthetic impact and an extreme versatility in the characters displayed (up to five different fonts can be shown in our arrangement).
This modular approached also allowed us to animate the letters as if they were hand written onto the display, a feature that was at the very origin of our research.

The resulting display has unique properties: it doesn’t cast light and disturbing shadow on its surrounding, it can be curved, and is extremely competitive compared to other display technologies such as LED if text only is required. Based on a vectorial design, its advantages are all the more noticeable in large scale (like here) or very small. The technique is transferable to other emerging technology such as OLED, PLED or E-paper. This is the first time that a display system of this kind has been implemented worldwide.

One of the early inspirations for the display is looking at the way technology, and in particular display technologies, seems to systematically strive for the full-colour, full size, full resolution. This approach tends in the best case to an increase uniformity among the design of the the displays, while most of the time leading to over-specified, under-efficient solutions. This can be seen clearly with the hundreds of power hungry plasma screens used to display simple textual information in airports for instance. To challenge this status-quo, we wanted to show how beautiful, unique and efficient a simple text display can be.

Another inspiration for us were early electronic display elements such as nixie tubes. There is a kind of magic that operates in those display, a strong physicality of matter and light, a character that makes them stands out in front of more advanced techniques. Here, with the ‘Firefly’ elements, we tried to bring this sensual qualities in the equation, resulting in a display system at the cross-roads of high and low tech. It is high tech as it uses emerging printed electronic technologies, and yet, being manually silk screen printed, being restricted to text, letters and cyphers, carries a definite low-tech feel.

After a long collaboration with Elumin8 systems ltd, and many technical problems overcome, ‘All the Time in the World’ now stands with 100 Firefly character modules arranged in two rows, and 4 giant (1.6m high) modules for the large London GMT clock. Bespoke electronic drivers have been engineered to control its 7000 segments (an amazingly small number considering the crispness and size of the whole display). Finally, with a power consumption as low as 700W in total, it is another first for a display of this size.