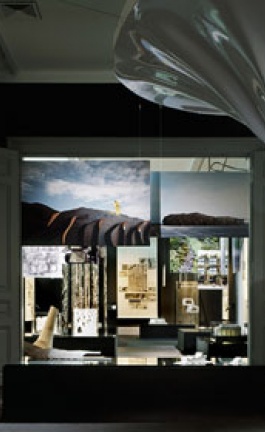 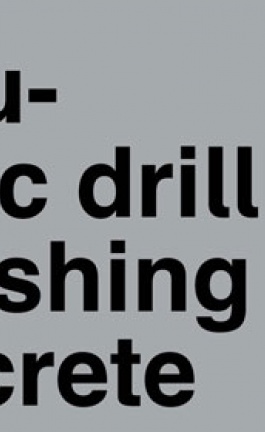 The Cartoon Chair, a unique plush chair created as part of a collaborative project between the Campana Brothers and Disney.

Phillips de Pury & Company is pleased to announce that the proceeds of 17 lots of the London Design sale to be held September 25 will benefit the National Society for the Prevention of Cruelty to Children. These lots have been handpicked by independent curator, Francis Sultana and all proceeds will benefit the NSPCC treatment and therapeutic services.The Design Makes A Difference gala dinner will be hosted at the Phillips de Pury & Company’s European headquarters on Wednesday, 24 September in association with Outset Contemporary Art Fund, the art foundation created by Yana Peel and Candida Gertler and supported by HSBC Private Bank.
Money raised through the Design Makes a Difference auction will support the NSPCC’s treatment and therapeutic services, which help children overcome the damaging psychological and emotional effects of abuse. The NSPCC provides therapy for young people who have suffered sexual, physical or emotional abuse, as well as neglect, at 35 projects throughout England,Wales and Northern Ireland. Research into the effects of abuse consistently shows serious and lasting damage to individuals. Abused children who do not receive help can be more susceptible to further abuse; the support these projects offer therefore can be vital in helping to promote children’s long-term welfare. Therapeutic work varies according to the needs of the individual child and family, and can include individual counselling, play therapy, group work and support for family members. In its mission to support new art, the charitable foundation has used art extensively over the last six years to engage with education, therapy and outreach projects across the UK and abroad. In 2007, the equivalent of six treatment and therapeutic centres were fully funded by Outset-led initiatives and we hope that the design community's enthusiasm for Design Makes a Difference leads to similar success this year.

Yana Peel says: “Outset ContemporaryArt Fund is very pleased to facilitate an auction that will provide vital support for NSPCC therapeutic and treatment centres across the UK by bringing together galleries, artists and collectors within the design community. Outset is strongly committed to NSPCC's service, which last year provided vital therapy to more than 2,000 children, with over 70% of this therapy delivered via art workshops and related programmes.   In its mission to support new art, the charitable foundation has used art extensively over the last six years to engage with education, therapy and outreach projects across the UK and abroad. In 2007, a total of six treatment and therapeutic centres were fully funded by Outset-led initiatives and we hope that the design community's enthusiasm for Design Makes a Difference leads to similar success this year.”
Tony Joyce, Global Head of Marketing & Communication, HSBC Private Bank says, “HSBC Private Bank is a committed supporter of important design-led events globally and is very happy to be associated with such a worthwhile cause as this dinner to support the NSPCC therapy program.”

The list of generous donors to date includes the frontrunners of contemporary design such as: Albion, Carpenters Workshop Gallery, Cristina Grajales Inc., The David Gill Galleries, Disney Consumer Products, Galerie Downtown – Francois Laffanour, Established & Sons, Galerie Italienne, Galerie Kreo, Galerie Pierre Marie Giraud, Kenny Schachter ROVE Gallery, Mint, Perimeter Editions, Sebastian + Barquet Swarovski Crystal Palace and Vitra.
Alexander Payne, Worldwide Director of Design at Phillips de Pury, says, “I am delighted that the leading designers and galleries in contemporary design have supported Design Makes a Difference. The NSPCC is a charity who we all have enormous admiration for and are delighted to support by offering to auction some of the best cutting-edge design today.”

The David Gill Galleries will donate an important piece from Mattia Bonetti’s new series of work: the table Yo-Yo, in flawless polished aluminum produced in 2007. Swiss-born Bonetti is one of the long standing artists represented by the renowned gallery and Yo-Yo table is a perfect example of the artist’s attention to detail, as the two sides of the table seem to float on top of the other, in manner of the eponymous toy.
The Charity auction will also include the colourful Bad Room, 2004 designed by Alessandro Guerriero, generously donated by the Galerie Italienne in Paris.The fluorescent blue, green and pink room is a one-off piece, mesmerizing in its conception and aesthetic. Guerriero is credited to have founded the Alchimia group in 1976, one of the vital components to the development of Italian design avant-garde. Guerrerio has been involved in many architectural projects including the new Benetton Museum with Oliviero Toscani; also his work can be found in some of the world’s most prestigious institutions including the Museum of Modern Art Kyoto, The Metropolitan New York, the Museum fur Angewandte Kunst in Vienna, andThe Museum of Modern Art Boston.
A limited edition piece by Martin Szekely donated by Galerie Kreo in Paris will also be offered. French designer Szekely comes from an industrial design background having worked with JC Decaux, EDF, as well as designing under his own name. Table A.K., 1999, which will be offered at this sale is an exceptional example of the artist’s craftsmanship.The wooden top of the table polished and simple towers above closely entwined feet, producing a three dimensional effect.
Sebastian + Barquet the up and coming NewYork gallery, who soon will open a London branch, has kindly donated an exclusive lamp by George Nakashima, who is considered to be one of the most influential designers of the 20th Century. George Nakashima’s works are now regarded as highly collectible pieces, and he was the recipient of numerous international awards including theThird Order of the SacredTreasure from the Emperor and Government of Japan in 1983 in recognition of the cultural exchange generated by the shows he produced in Japan from 1968 – 1988.
Disney Consumer Products has very generously donated The Cartoon Chair, a unique plush chair created as part of a collaborative project between the Campana Brothers and Disney. The Cartoon Chair is created from plush of iconic Disney characters such as Mickey and Minnie Mouse and with it the brothers, two of the hottest contemporary urban designers, wanted to create a physical representation of their childhood memories including Disney comic books and cartoons. 70% of the proceeds will go to Child Line (a division of NSPCC) and 30% to a Brazilian Children's Charity.

About the NSPCC's Rebuilding ChildhoodsAppeal
The Rebuildling Childhoods Appeal raises funds specifically to support the NSPCC's 35 treatment and therapeutic services.
The NSPCC is the UK's leading children charity specialising in child protection and the prevention of cruelty to children. The NSPCC's purpose is to end cruelty to children FULL STOP. Its vision is of a society where all children are loved, valued and able to fulfil their potential. The NSPCC runs 180 projects and services across the United Kingdom and Channel islands, including Child Line, the UK's free, confidential 24-hour helpline for children and young people. For more information, visit www.nspcc.org.uk

About the HSBC Private Bank
HSBC Private Bank is the marketing name for the private banking business conducted by the principal private banking subsidiaries of the HSBC Group worldwide. HSBC Private Bank, together with HSBC Guyerzeller and the private banking activities of HSBCTrinkaus & Burkhardt, known collectively as Group Private Banking, provides services to high net worth individuals and their families through 93 locations in some 42 countries and territories in Europe, the Americas, the Asia-Pacific region, the Middle East andAfrica.At 31 December 2007, profits before tax were US$1,511million and combined client assets under management were US$494 billion. For more information, visit www.hsbcprivatebank.com

About Outset ContemporaryArt Fund
Outset Contemporary Art Fund was founded in 2003 as a philanthropic organization dedicated to supporting new art. The charitable foundation focuses on bringing private funding from its supporters and trustees to public museums, galleries, and art projects.
The fund uses its independent platform to give new audiences proximity to the visual arts, building long-lasting relationships within the international artistic community. It also works with corporations and charitable organizations to enhance their development efforts through engagement with the visual arts, channeling resources back into ambitious non-commercial ventures and acquisitions for public appreciation.
Since its inception, the fund has supported most of London's leading visual arts institutions with capital campaign, education, outreach and programming needs and donated nearly one hundred works of challenging contemporary art to public institutions across Britain and abroad.

SUPPORTERS:
AirSea Packing
Generous and kind support has been provided by Lloyd Brammer from the leading shipping companyAirSea Packing providing free shipment for the works of the NSPCC auction. An international star among Fine Art and Antique moving companies, AirSea Packing’s origins go back over 40 years when the founders focused on specialist packing for theAntique trade. Now it focuses on its core business which is working for Interior Designers; Antique dealers and private collectors. With its own expanding offices and Warehouses in London; Paris; NewYork and Los Angeles it’s able to offer its customers a veryTrue Door to Door service of some of the world’s most precious items in pristine condition and in a timely fashion. Visit our website www.AirSeaPacking.com.

Phillips de Pury & Company
Howick Place, London SW1P 1BB.
Viewing to take place from September 16 – 25 and open to the public from 10am – 6pm.