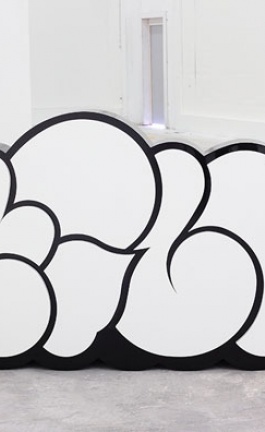 Yacht Racing In Spetses With A ‘Salty Bag’

A unique journey organised by the prestigious luxury brand Bulgari which started from my hometown of Athens to Rome, continued with a private jet flight to the historic Watch Valley in Switzerland and poetically ended inside the grandiose  doors of the Bulgari Hotel in Knightsbridge, London,  was enough to make me realize, once again, that no matter where your beginnings may hail from, you have the power to conquer the entire world if you never give up on your dreams, follow your instinct and overcome all the obstacles that may arise along the way.

The perfect example of this philosophy was a Greek boy who was born in Paramythia, a small village situated in thePindhos mountain range in Epirus, Greece on 18 March 1857. Although all of his ten siblings died, Sotirios Voulgaris(Greek: Σωτήριος Βούλγαρης) not only survived, but with the guidance of his father Giorgio, he became a passionate silversmith first creating belts, earrings, sword sheaths and buttons in debased silver that became the springboard of the famous Bulgari luxury firm.

But before Sotirios created the luxury brand renowned all around the world today, father and son had to make the decision to expatriate from my country, Greece:

In 1873, whilst the Epirus region was under Ottoman rule, the Turks along with Christians decided to burn Paramythia down in order to rebuild it ex novo. The Voulgaris’ small shop was damaged in the fire, and to add insult to injury, Sotirios was the victim of an attempted robbery in 1876. At that point, Giorgio Voulgaris said to his son ''Let's go, let's leave this country where life has become impossible, and let us find a land where we can live and work in peace''. And so they did. First stop, the Greek island of Corfu (1877) where they opened a small store on the ground floor of a house where by chance, Sotirios met Demetrios Kremos, a Macedonian silversmith who went on to become his business partner. Together, they set sail for Brindisi and then Naples where they opened a small shop in Piazza dei Martiri in the autumn of 1880. But fate was to treat them cruelly and their store was looted whereupon they relocated to Rome in 1881. A generous Greek sponge merchant named Kindinis offered them a small corner of his shop window on Via Sistina so that they could display their sliver products. Although their business started to flourish, disagreements between the two followed. They parted ways and Sotirios set up his own shop in the spring of 1884 on the same street at number 85. In 1894, the business then moved to a shop on number 28 Via Dei Condotti. Nine years later a Charles Dickens novel was the inspiration behind the store named the ''Old Curiosity Shop'' chosen for the Bulgari store in Via Dei Condotti 10 on the ground floor of the Palazzo Lepri in order to attract British and American tourists which with the help of Sotirios’ sonsCostantino and Giorgio, went on to become the Bulgari historical flagship store of today.

Andy Warhol once stated that ''For me, calling at Bulgari’s shop is like visiting the best exhibition of contemporary art'', a statement which I am in complete agreement with after my unforgettable tour inside the Bulgariworld. And it’s evident in every single detail. From the third generation Paolo Bulgari's office in Rome to the Bulgari Gemmological Centre, through to the multi-coloured sapphires, enamel, coral, mother of pearl, peridots, emeralds, rubies and diamonds from the Bulgari High Jewellery collection to the Vintage collection of approximately four hundred unique Bulgari creations dating from the last quarter of the 19th Century to the first decade of the 21st Century. The list is indeed endless and goes on to include the subsequent transformation of a drawing into a finished jewel - or more precisely, a piece of art - in the micro-creation of watch masterpieces inside Daniel Roth's watch making company based inNeuchâtel, Switzerland acquired along with Gérald Genta by the Bulgari Group in 2000, eleven years before the entire group was bought out by LVMH in 2011. In Neuchâtel we witnessed the creation of the famous ''Bulgari-Bulgari'' watch dating from 1977, a model that is now considered a classic and continues to be Bulgari’s best seller.

But going back to history, in 1960, Bulgari moved away from the strict disciplines of the dominant French school to create its own unique style inspired by Greek and Roman classicism, the Italian Renaissance and the 19th century Roman school of goldsmiths. Ever since, the luxury brand has continued wowing us with one-of-a-kind pieces that illustrate a balanced mix of classicism and modernity, a perfect sense of volume and love for linearity, symmetry and rhythm. These facets have had the power to inspire the likes of even Indian-born British sculptor Anish Kapoor, one of the world’s most acclaimed living artists, who was called upon to interpret Bulgari’s B.zero1 iconic ring.

In addition to the contemporary art world, Bulgari has also triumphed in the movie world. From Marilyn Monroe, Anna Magnani, Lauren Bacall, Sophia Loren, Soraya, Claudia Cardinale, Nicole Kidman, Susan Sarandon, Catherine Zeta Jones, Charlize Theron to Angelina Jolie, Bulgari has dedicated a unique piece for all of them. These unique creations that are strictly “Made in Italy'' constitute objects of desire and have defined the greatest actors from the worlds of Hollywood and Cinecittà from the 1930’s to today. Think of unforgettable images such as Gina Lollobrigida wearing a pure silk dress adorned with a splendid 1950’s style parure set with turquoise and diamonds while dancing cheek-to-cheek with Frank Sinatra in the famous 1959 film ''Never so Few''. The exclusive platinum and diamond necklace in 1958 worn by Ingrid Bergman in the film ''The Visit''. Jessica Lange in all her splendour in ''KING KONG'' (1976) wearing a diamond studded gold chain and bracelet. In her extraordinary interpretation of ''Evita Peron'' in 1995, Madonna wore the diamond en tremblant pin dating from 1957. Pierce Brosnan giving a diamond necklace to René Russo over dinner at a Los Angeles restaurant in the ''Thomas Crown Affair''. Sharon Stone playing the wife of De Niro in ''Casino'', set in 1970’s Las Vegas, where he gives her a suitcase full of jewels and watches and suddenly Bulgari becomes the protagonist!

As a Greek citizen, now that my country is lacking inspirational leaders, let this journey inside the DNA of a Greek entrepreneur and his sparkling kingdom be a wake-up call to all you Greeks who've quit dreaming. The lesson here is clear: If you are ''doomed'' to succeed, you will overcome all the obstacles that will appear along your path by listening to your inner voice, following your instinct and never ever giving up. So what are you waiting for?

''Don't forget the Serpent...
The serpent should be on every finger and all wrists and all everywhere...
The serpent is the motif of the hours in jewellery...
We cannot see enough of them...''