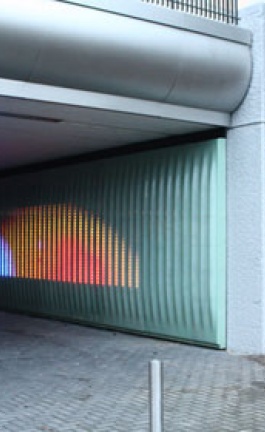 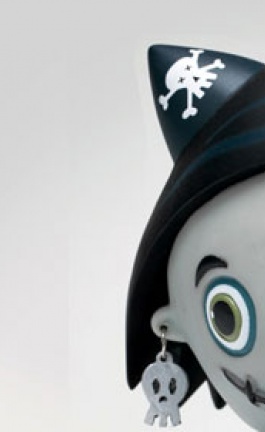 Interior architect Clémentine Giaconia and designer Frédéric Forest complement each other in every respect. After meeting in 2004, in 2008 they decided to realise their shared ambition of founding their own design
studio: FRST. The studio is the platform from which they can share their experience and pool the materials and media each project needs to exist: space, furniture, product, graphics, installation... They see no differences in how to approach design and architecture; the intellectual and artistic processes are the same. "Each of our creations is driven by the simple pleasure of designing and drawing."

What do the letters FRST stand for?
They are the initials of a sound.
The sound of a pencil scratching on a sheet of paper.

Today they are presenting their BOOM concept Restaurant at Yatzer

FRST
IMAGINES
THE BOOM FOOD RESTAURANT
Where food becomes a concert
and "eating out" takes on a whole new meaning.
A completely new gastronomic experience.
A unique and ambitious project, written and arranged by FRST.

Variations, emotions, notes, pause, harmony, improvisation, sharing... True gastronomic cuisine resembles a lively, vibrant symphony.
Imagined and invented by FRST, the Boom Food restaurant is somewhere top international chefs are invited to perform, so that diners can enjoy original and experimental gastronomic sessions, brought to them live by their favourite virtuoso chefs. Like the Olympia in Paris, Ronnie Scott’s in London or the Scala in Milan, the events listing is published in advance, at the restaurant and on its website. Spectator-diners choose their performer, pick a date and buy their tickets ready for the event. There are two variations on each culinary theme: a gastro menu for diners in the "circle" and a less expensive version for those in the "stalls". The chef has already decided which musical theme he or she will serve, maybe jazz, rock, classical, electro-pop or a capella.
On the day of the concert, food-fans show their tickets as they arrive in the foyer, from where they are taken to the bar for the first half of the show: the support act, a talented chef, invited by the star of the show to whet their appetite. Hence a young sous-chef may be given their chance to shine, or another great chef may present an original recipe. Diners are then shown to their seats in the main dining room, where the maestro is about to take the stage.
The lights are dimmed. Let the show begin.
"We’d had this idea in the back of our minds for some time: to somehow bring together music and food. The more we thought about it, the wealth of possibilities just grew and grew. Preparing and cooking food is a form of musicality, orchestrated by a maestro... in which case, why not see it happening live?
The trigger was the design of our black SPKR plate. At the time, we were working on a new food-focused idea: to create a dish (both food and container) inspired by a song title. What might "Summertime fresh vegetable soup" or "Upside Down vanilla soufflé" look like?
As we unravelled the idea like a ball of string, we finally came to the heart of the matter: the chef him/herself. People will go to any lengths to eat at a famous chef’s restaurant, in the hope of catching a glimpse of them at the end of the meal. They will drive for miles, stay overnight, book a table a year or more in advance. Ultimately, we are their fans. But what if the chefs came to us? What if they were to cook something else, somewhere else? Something based on a particular theme, musical or otherwise? Something they’ve been secretly longing to do but can’t put into practice in their own restaurant? If we could put our favourite chefs on stage so that we could sample their cuisine, what form would it take? We sat down and imagined the concept first from the chefs’ point of view, then from the diners’, and from there we wrote the script. The Boom Food concept was born."

THE IDENTITY
A geometric identity with cut and sharp lines. Something singular without artifice. The fireworks show is into the plate.
THE MENU
The waiters suggest the program looking like a vinyl record sleeve. Inside, three sheets presents the place concept, the chef’s biography and the courses played «in live». It changes with each performance.

THE ENTRANCE HALL
This room consists of a reception area with booking and ticket booth, a monumental black truncated staircase where diners can sit and wait on irregular steps, and a chimney-equalizer which set the tone for the evening. Visual spectacle, it meets the high and low sound of a musical score by dancing some pink flames. On the ground, the design of the wooden floor invites guests to move to the bar behind the firewall.

THE SHOWCASE BAR
The bar is the place where begins the first half of the show. The star proposes a talented chef to whet food-fans appetite. Hence a young sous-chef may be given their chance to shine, or another great chef may present an original recipe. Only the bar stands out by its white color of the brown and warm space. Its design is sharp and faceted, light only comes in backlighting and makes smooth volume. The vast LED chandelier above the bar sets the rhythm of our contemplation. Aesthetic variations around the moldings : extruded walls and furnitures are one. Benches become the continuation of the wall molding.

"SPKR" PLATES
This is the plate presentation of the restaurant. Its shape, inspired by loudspeakers, and its function, summarize the Boom Food essence.

THE MAIN DINING ROOM
This is the heart of the project. It is configured as a concert hall. Transformable and mobile, it can accommodate any theme : Pop rock, in private, unplugged or symphony cuisine... Essential element, the podium is the chef’s scene. The muffled atmosphere is stimulated by notes of white plates, furniture and by the podium light. The dynamic movement is around. Molded walls have kept the stigma of the passage of a shock wave. The ceiling is dotted with diodes that illuminate table areas. Programmed, they punctuate the concert : by their intensity, they open and close the culinary performance.

"PLATINES" PLATES
Each table is covered with a black deep tablecloth in order to give way for porcelain starlets : the plates. Superfluous is absent. Real tribute to disc tray, cutlery reveals flavors in dishes.

THE BOOM FOOD DESIGN CONCEPT
Variations and movements are Boom Food’s ingredients. The culinary and musical arts both find expression in the venue. The restaurant architecture has its own rhythm that oscillates between exuberance and sobriety. It leads you along a path filled with liaisons, sudden changes and explosions. A mixed space with elegant details, where the classic French decor has been dissected, dispersed and reassembled, and the furniture, stretched here, truncated there, is its own original composition. The area is divided into four separate spaces: the entrance, the bar for the first half of the show, the main dining room and, back-stage, the kitchens and corridors. Legendary elements from classical architecture have been hijacked and placed centre-stage. The great black staircase in the foyer is just an abstraction, an enormous piece of furniture: it doesn’t go anywhere. Just some steps to sit on while you wait. The vast LED chandelier above the bar sets the rhythm of our contemplation. The explosive interplay of luxurious mouldings in the dining area forms a three-dimensional fresco. Boom Food is different in its sleek, contrasting atmosphere. The decor, furniture and black SPKR plates plunge us into the concert hall’s muffled, shadowy atmosphere. The discreet, intermittent lighting acts as a metronome. It introduces, directs and follows, training its spotlight on whatever needs to be seen. The introductory notes come with the fire equaliser in the foyer. A visual display, dancing pink flames rise and fall in response to the treble and bass notes of a musical score. The restaurant area is infinitely modifiable. It lends itself to multiple configurations: jazz cuisine, pop rock, a symphony or a private performance. Diners in the "stalls" sit at orthogonal tables on Cabriolet chairs, in conductor black and white. The design was inspired by a period composition, brought up to date. The wood shell is upholstered with white leather cushions and stops at table height so as not to detract from the horizontal perspective. "Circle seats" are slightly raised to convey a feeling of privacy. Their design was inspired by musicians’ flight cases. Diners sit opposite each other on two bench seats. Made entirely from acoustic materials, all sound within is hushed for fully-focused comfort. One of the strengths of Boom Food is that it is an open-ended concept which can be adapted, both here and elsewhere, to suit the reality of every venue in every country.

THE "CABRIOLET" ARMCHAIR
It’s a contemporary interpretation from a period drawing. The wood shell is upholstered with white leather cushions and stops at table height so as not to detract from the horizontal perspective. Wooden hull molded and painted. White leather for armrests, seat and back. Wooden base.