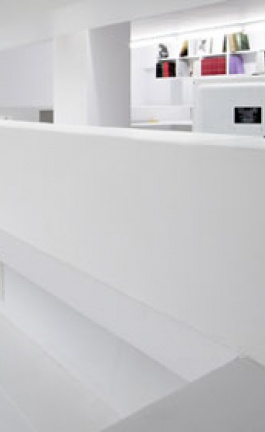 Architectural Prize for The Breeder gallery 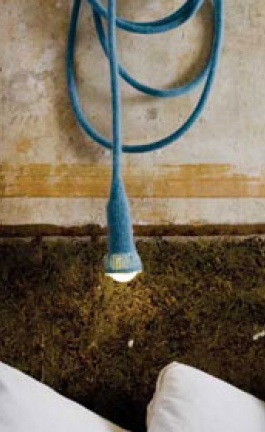 The development of nanimarquina has been based on a very clear idea: the passion for designing rugs. A simple principle, a transparent assertion of intentions that becomes reality by combining values such as observation, innovative effort, enthusiasm and the ability to carry craft traditions through to the 21st century. Since it began in 1987, nanimarquina has been designing rugs and textile products paying by special attention to the research of raw materials and manufacturing processes. The brand continues to collaborate with well-known designers. Names such as Ana Mir, Emili Padrós, Mariana Eidler, Oriol Guimerà, Martí Guixé, Tord Boontje, Ricard Ferrer, Martín Azúa and Gerard Moliné have contributed their creativity to the different nanimarquina collections, which are sold in more than 45 countries.

During the MAISON & OBJET exhibition nanimarquina  launched  their 2009 rug collection.

Yatzer's favourites:  the Global Warming, although you have to do careful steps to avoid the polar bear's "island" and the Formosa, because it brings you closer to its unmistakeable floral compositions on a small scale.

GLOBAL WARMING by Nel Colectivo
Traditionally carpets have been tools to communicate a culture’s messages. At nanimarquina they continue this practice. And so they have come up with their Global Warming collection as a platform for communication. The Mexican design collective, Nel, found a way to carry out such a project, a way of spreading a clear message: an invitation to reflect on the contemporary world around us. The name says it all: global warming. The loneliness of a small polar bear surrounded by nothing communicates the urgency of the message. Global Warming is a proposition of hope; the potential for a better future, a possible world.

FORMOSA by Michael Lin
The striking new nanimarquina collection is based on genuine pictorial works by the recognised contemporary artist Michael Lin. Formosa, recalling the old name given by Portuguese navigators to the island of Taiwan in the 16th century, strives to transfer the painter’s concept to a carpet you can take it into your home. Lin is a specialist in transforming vast, cold and anodyne spaces into organic fields of intense colours and behind the collection lie three years of meticulous work to reproduce his subtle use of colour on wool. Formosa brings you closer to his unmistakeable floral compositions on a small scale.