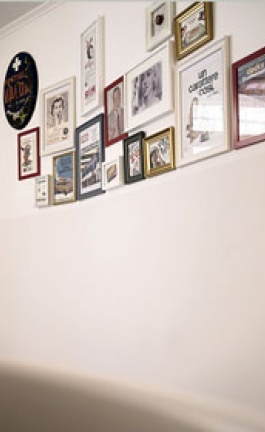 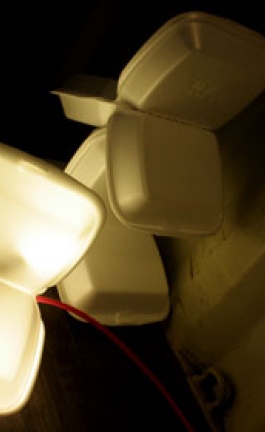 Today Athens is celebrating the beginning of the Green Design Festival. A public, free cultural event under the auspices of the City.

Using new technologies, powerful imagery and design, this festival is going to  transform Athens into a lively, interactive space, while presenting proposals and ideas on how everyday life could be greener and more friendly to the environment. The festival will end on  the 10th of October. Participants include over 70 architects, industrial designers, graphic designers, fashion and street artists, who have worked on the theme of the festival on projects who embrace the non-connoisseur.

Enjoy some photos taken by yatzer, from the opening party!

designer: John Toubakaris ( John Toubarakis will be soon featured exclusively @yatzer, so no more words from the moment!)

designer: Greece is for Lovers

Theis proposal consists of a ring folder, a simple light fitting and two o-rings.
The light fitting is pulled through the hole found on the spine of the folder and fixed into place with the o-rings. The "green" and "safety" reasons are obvious enough!

Eight, a hanging light which consists of eight empty plastic bottles and copper water tube components. An empty, crumpled watter bottle is, to the eyes of most, rubbish. A crumpled water bottle filled with water on the other hand, exhibits the optical properties of a solid volume of glass of immense complexity and could be the basis for the creation of an object of value.

Deux Hommes create a formal jacket, simply by opening the kitchen cup drawer. Herbs in paper give us a smart and stylish garment, instead of a hot drink as one would expect. The designers highlight in this way that nature never stops providing raw material, as long as we do not cross its borderlines. Their arty way to approach fashion, has led them to participate in many cultural shows.

The suit, an iconic symbol of menswear, has inspired the team to create the symbol of women's wear: The dress. Junky Styling reused old suit cuffs and designed a unique dress with a flair of the 1320's Charleston style. Their work is based on the concept that fashion is not always an outdated idea at the end of each season and this is their main belief for more than a decade

© all photos by yatzer