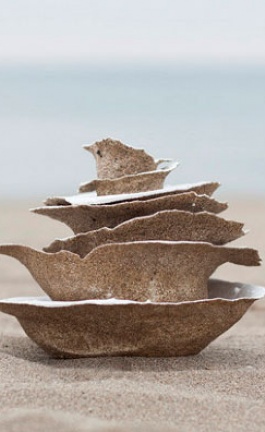 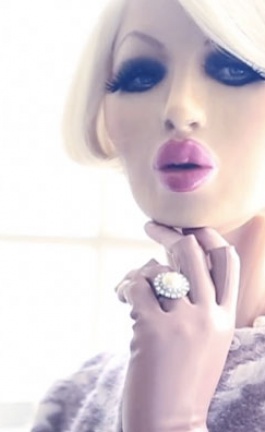 One of Hungary's most historic monuments founded in 996, is the Benedictine Pannonhalma Archabbey now supplemented by the Benedictine High School, a boarding school for boys.  As of 2005, The Pannonhalma Arcus Temporum Festival, a three day spiritual exercise in the form of music, theater and art takes place in the boarding school’s gym. For this year's festival, three young Hungarian architects Dániel Baló, Dániel Eke and Zoltán Kalászi designed and built a specifically fitted installation for the gym using two elements. For starters, the light bulbs that were used formed a strict geometrical grid. Then, the parallel waving layers of the translucent textile which also improved the gym’s acoustics were dropped from the ceiling into the space below. Suffice it to say that the end result turned the classical concerts which took place between the 24th/26th of August, 2012 into a memorable event.

On the project itself, the architects had the following to share with us:
>> In order to create an interior which was suitable for classical concerts, first of all we had to somehow fade out the gym’s characteristic appearance and find a suitable cover. But further on, we were eager to form an atmosphere that would compliment musical events and to then partition the homogenous space through gentle transitions. We therefore created a spatial structure built from two items: This included the creation of an interacting translucent media system and a geometric grid of point lights. The media system’s hanging layers are made out of a thermally bonded non-woven geotextile fabric. As the fabric dominates over the beams and walls, we then blurred the room’s boarders through the use of different outlines and the translucent, opalescent texture of the fabric’s layers. We also defined the locations of the two main functions, these being the auditorium and stage. The point lights themselves are made from light bulbs which emit equal intensity light and hang in equal distance at the nodes of a square raster. These bulbs are hidden among the waving textile layers above the auditorium, and come into view above the stage thus bringing the musicians into focus. With the use of the textile layers, we succeeded in improving the room’s acoustics whereby the hanging ribs dampened the sharp reflecting sounds dispersing them through the space. This in turn, generated a more comfortable atmosphere and optimized the musical experience.<<