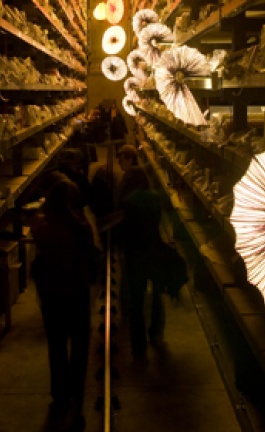 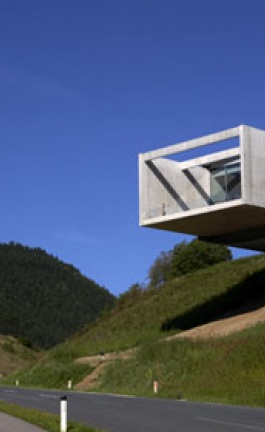 The installation 'bios [bible]' consists of an industrial robot, which writes down the bible on rolls of paper. The machine draws the calligraphic lines with high precision. Like a monk in the scriptorium it creates step by step the text.

Starting with the old testament and the books of Moses ‘bios [bible]’ produces within seven month continuously the whole book. All 66 books of the bible are written on rolls and then retained and presented in the library of the installation.

‘bios [bible]’ is focussing on the questions of faith and technical progress. The installation correlates two cultural systems which are fundamental for societies today – religion and scientific rationalism. In this contexts scripture has all times an elementary function, as holy scripture or as formal writing of knowledge.

In computer technology 'basic input output system' (bios) designates the module which basicaly coordinates the interchange between hard- and software. Therefore it contains the indispensable code, the essential program writing, on which every further program can be established.

ABOUT robotlab
robotlab works with industrial robots in public spaces. It explores the relationship between man and machine by means of installations and experformances.

robots will play a significant role in future societies and invade more and more human domains. The most prevalent robots today are the industrial robots. Their number is rapidly increasing worldwide and has already exceeded one million. With continual development their mechanical and electronical capabilities grow. The direct coupling of precise mechanics and information processing electronics results in a powerful technology which is discussed in the sciences under the subjects of 'artificial intelligence' and 'artificial life'.

Up until now, people haven't had the chance to meet robots neither in public nor in private spaces. robots are mostly situated in special industrial spaces, therefore humans do not have contact with them, do not experience how they behave and do not know how to behave correctly with them. Today social patterns between man and machines do not exist. Instead there are only fictional images from science fiction literature and films.

robotlab creates experimental situations in exhibition spaces, in which the public has the opportunity to interact with robots. The massive appearance of the robots, the movements and the machine sounds effect the visitor, are interpretated individually and evoke ideas which may lay in the field of practical purposes as well as formulate an utopian image of a future culture with man and machine.
robotlab is founded 2000 by Matthias Gommel, Martina Haitz and Jan Zappe. The free artist group is associated to the Institute of Visual Media at the ZKM - Center of Art and Media Karlsruhe, Deutschland.