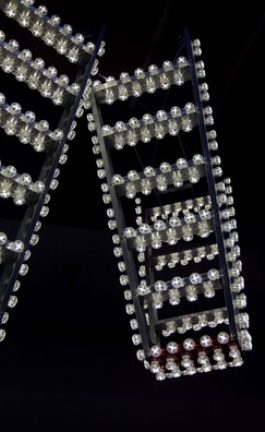 Best of INTERIEUR 2012 by Yatzer 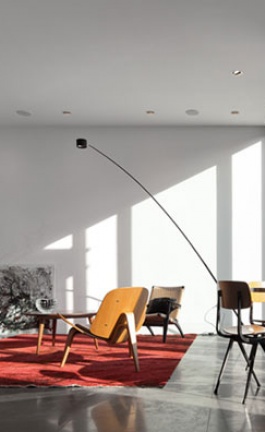 If you’re one of those Christmas fanatics, who just loves to cruise shop windows (online or in person) trying to capture that ever-elusive Christmas spirit, you’ll immediately spot a big difference in this year’s Printemps’ display: In contrast to Karl Lagerfeld’s self-referential 2011 'Dreams of far away', this year, Raf Simons was nowhere to be seen. Dior’s newly-appointed creative director, famously averse to interviews and public appearances, allowed the iconic Bar Suit and Lady Dior bags to do all the talking. In short, he encouraged his Maison to take centre stage, discreetly peppering the display with some of the finest pieces from his first Dior runway show. Christmas, here we come!

Yatzer was once again invited to sample the fruits of Printemps’ latest collaboration, stretching across 11 window displays along the Boulevard Haussmann. Born out of the creative synergy between a quintessentially French department store and a quintessentially French Maison, it was only natural that the two would conspire to pay tribute to Paris, borrowing elements from its culture, style and geography to woo Christmas shoppers into retail heaven.

Printemps’ interior was given an appropriate Dior makeover, mixing and matching the discrete luxury of a private mansion, the opulence of a ball and the poetry of a winter garden! If you suddenly feel you’ve been transported to a parallel universe, it’s because the Maison decided to follow its founder, Christian Dior’s timeless advice: 'Now that Cinderella's fairy godmother is no longer with us, it is up to the couturier to provide the enchantment!'

The Christmas centerpiece is hands down the helix staircase, descending an impressive 11 meters from the atrium ceiling, featuring a cluster of delicate mannequins dressed in six magnificent Christian Dior Haute Couture pieces. The staircase, seemingly suspended in mid-air, is in fact heavy with silk, velvet and tulle; 66 years of Dior heritage, currently embodied by the delicate Marion Cotillard.  The woman who recently reminded the world that you don’t need to be pointlessly revealing in order to be alluring, was once again veiled in mystery : she appeared out of nowhere and disappeared just as fast, dressed in a jet black suit without uttering a single word!   To enhance the aura of unattainable beauty she cultivated with studiedly short appearances (20min max) at the most star-studded Cannes’ parties, Cotillard posed in a guarded enclosure that didn’t allow access to man or beast until the flashlights had all but subsided.

Leaving a trail of golden J'adore bottles behind her, Yatzer took refuge at the Dior pop-up store to still its beating heart, sampling some limited-edition Dior products created especially for Printemps. Exclusive accessories, like a Lady Dior handbag in lacquered tweed, a pair of printed silk pumps, a precious watch, a bracelet paved with diamonds and a signed J'Adore bottle, all serve to evoke the Christmas story Dior masterminded for Printemps. If there’s one thing you simply shouldn’t leave the store without, it’s the chic snowballs, inhabited by a minuscule Dior lady, and the animated book that tells the story of the Avenue Montaigne Maison Dior in pictures!